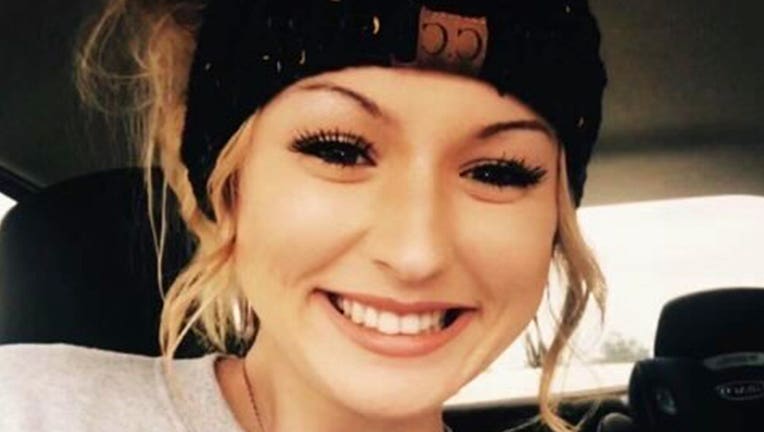 Keelyn Harper pulled a woman from a burning car off the side of Hwy. 213 near Mansfield, Georiga. (Keelyn Harper)

A Georgia waitress is being hailed a hero after pulling a woman from a burning car on the side of a highway in the middle of the night.

Keelyn Harper was on her way home from her shift at Roosters Drive In last Thursday when she saw something burning on the side of Hwy. 213 near Mansfield. It was around 9:30 p.m.

Instead of just calling 911 and continuing on home to her see her 14-month-old daughter, Harper pulled over to see what was going on.

"From far away it looked like someone had thrown something out in the bushes that caught on fire," she said. "I didn’t know it was a car until I stopped."

By the time Harper got to the car, the front of the car was already engulfed in flames and smoke had begun seeping through the vents into the car, she said.

Although approaching the fiery crash was scary, Harper feared that if she didn't stop, "nobody was going to."

She pulled back the airbags – which had "exploded" in the car – to see if there was anyone was inside. That's when she found Ashley Strawn.

She immediately jumped into action out of fear that Strawn "was just going to die."

"It was just the instinct, you know, maybe a motherly instinct or maybe just … the human instinct to help," Harper said.

Strawn's "whole body was laying over to the side" and her legs were still trapped underneath, Harper said.

There was a huge gash on her leg where "her bone was completely showing" and "she was bleeding really, really bad on her head," Harper recalled.

"It was really a blessing that she was there when she was," a fellow Roosters Drive In employee, Caroline Alexander, told Fox News.

More importantly, "she didn't do it for anything other than the fact that if it was her daughter she would want someone to be there for her," Alexander added.

Harper ran to the passenger side, grabbed underneath Strawn's arms and began to pull, knowing full well that the fire was getting progressively worse.

"I was telling her, you know, ‘the car was about to blow, we have to get out of here now’," Harper said.

Without any help, Harper was able to pull Strawn out of the car and held her in her arms until authorities arrived.

"I was propped up on some kind of a tree almost next to [the] car, and I had her in between my legs and I just I told her it was going to be OK," Harper said.

Although Strawn is still recovering in the hospital, she made it a point to send Harper a big thank you right from her hospital bed.

"Thank you for saving my life. I can't wait to meet you," Strawn said in a short video clip.