Sheriff Mike Chitwood tweeted on Thursday that the Department of Health will resume sending Volusia County addresses where possible COVID-19 exposure has been indicated.

"I think this is a win for all first responders and for every resident of Volusia County," he tweeted.

A battle brewed between the Volusia County Sheriff’s Office and the Florida Department of Health (DOH) over access to addresses to long-term care facilities.

The sheriff’s office collects the information of businesses and homes with positive cases or with patients being monitored to update its dispatch system nightly.

Monday night, Sheriff Mike Chitwood said his agency was informed it would stop receiving addresses to the long-term care facilities. 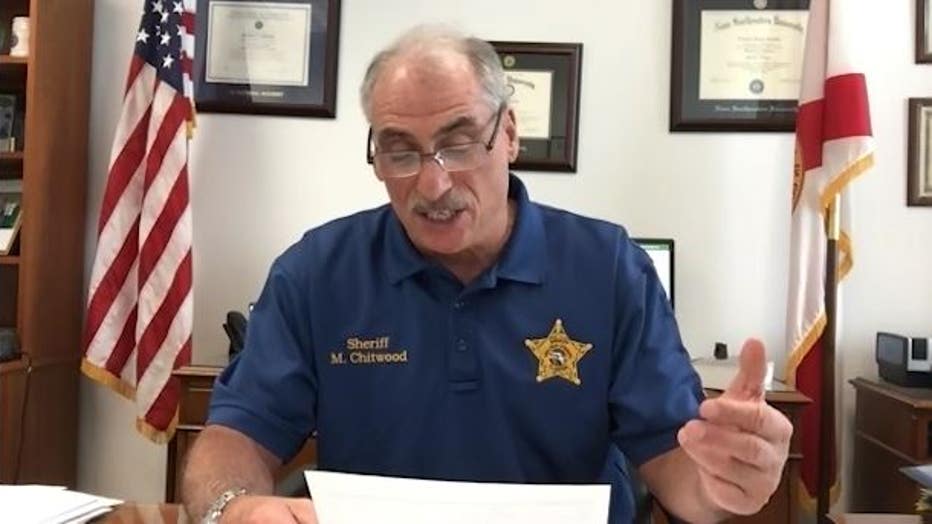 “They specifically advised they would not be providing the addresses of these facilities," he said.

Chitwood told FOX 35 News on Tuesday that an employee of his agency was told during a conference call.

He took to social media to express his frustration, asking the governor to step in.

He said 14 hours after his post, the local department of health informed him there had been a miscommunication.

“At noon, they wanted to say that my post was erroneous and not factual, that that phone call never took place,” he said.

Sheriff Chitwood said he believes it was not a miscommunication.

He believes the DOH reversed its decision after his post, specifically his request for the governor to step in.

The Volusia County Department of Health released the following statement:

“Since the beginning of this response, DOH-Volusia has consistently provided the VCSO with all addresses of positive cases and those under monitoring. The Department plans to continue this procedure and never considered stopping the sharing of this information. However, the names of the facilities are not provided. These facts have been shared with the VCSO and we requested a correction.”