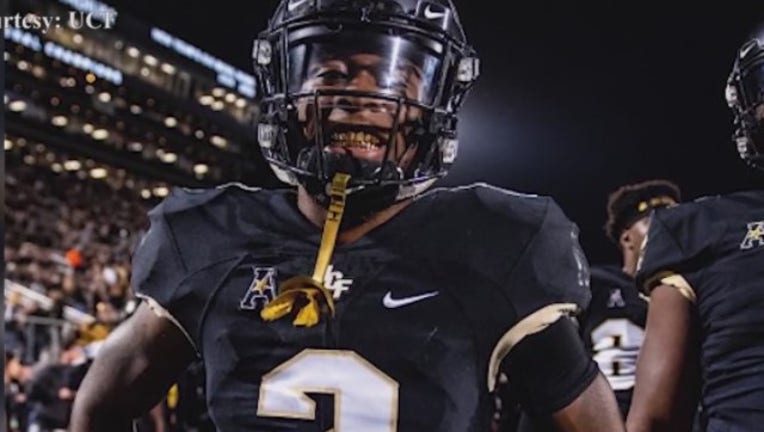 ORLANDO, Fla. - Members of the Orlando community came together on Saturday at UCF to honor one of their own.

Family and friends of Otis Anderson Jr. shared how much the impact he had off of the field was much greater than the amazing plays he made on it.

It was a somber night on the UCF campus on Saturday as hundreds gathered to remember former UCF football player Otis Anderson Jr. after investigators say he was murdered by his father earlier this week in Jacksonville.

"We tend to think athletes are invincible because you see that picture, but life is very precious and we see that full well," said a chaplain at Saturday's vigil.

Anderson's mother, who was grazed by bullets during the shooting, shared her gratitude to the people around her.

"The realization hits me when I don't hear mom anymore. That's my one and only. Holidays are coming up… I'm just at a loss. It's like I lost everything, but I have gained so many family members from UCF, from Orlando and from all around."

Former UCF corner and current New York Giant Aaron Robinson was also at the vigil to share his thoughts on one of his closest friends.

There's a memorial outside the Bounce House for all those who want to pay their respects to Anderson.