A toddler was attacked by a coyote outside her Woodland Hills home. Residents say the animals are beginning to cause problems in the area.

LOS ANGELES - A terrifying sight for a parent as a young child was attacked by a coyote outside their Woodland Hills home.

The incident, which occurred Friday evening on Martha Street near Capistrano Avenue, was caught on surveillance cameras.

The child and her father got home, parked in the driveway and started to get out of the vehicle. As the father reaches into the car to grab something, the coyote comes along and appears to bite the toddler. The little girl screams and her father rushes to her side and the coyote starts backing away.

According to California Fish and Wildlife, they have received several calls regarding an aggressive coyote in the neighborhood weeks prior to this incident.

Residents say the coyote problem has gotten exponentially worse in the neighborhood, and they're afraid.

"I've been here twelve years and there has never been such a population of coyotes," said Bob, a resident. "The last four years it's grown. You see packs of them, six to seven packs a night. We're all living in fear now, and it brings anxiety to walk your dog in a beautiful neighborhood, and it shouldn't be this way." 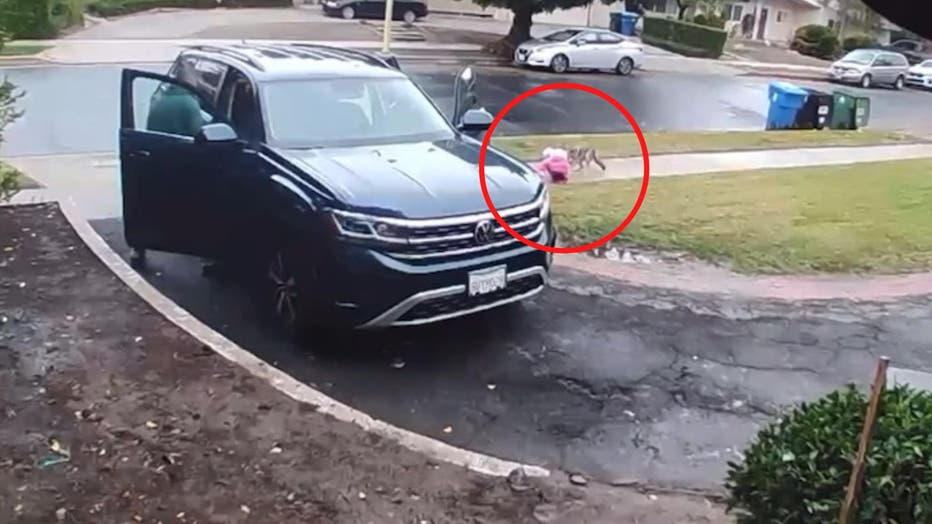 Bob said he has contacted local officials for help.

"They then said 'We're gonna put signs out not to feed the wildlife,' but not a lot has been done, and these animals have got way more aggressive, and we're concerned because we have a family ourselves. We have a young one, a small dog. We picked and chose this neighborhood for safety which it's lacking," said Bob.

Ally, another resident, said it doesn't matter the hour anymore for the coyotes.

"Initially it was just at night we were told not to walk your animals, but now I could be walking in the morning at 8 o'clock and the coyotes will be right there," she said.

Another neighbor said the coyote attack with the toddler is not the first.

"One of the neighbors came up to me and let me know that a couple days ago she was attacked at noon and she said another neighbor out here was also attacked and she got bit along with her tiny dog," said Kyle Keppel, a resident. 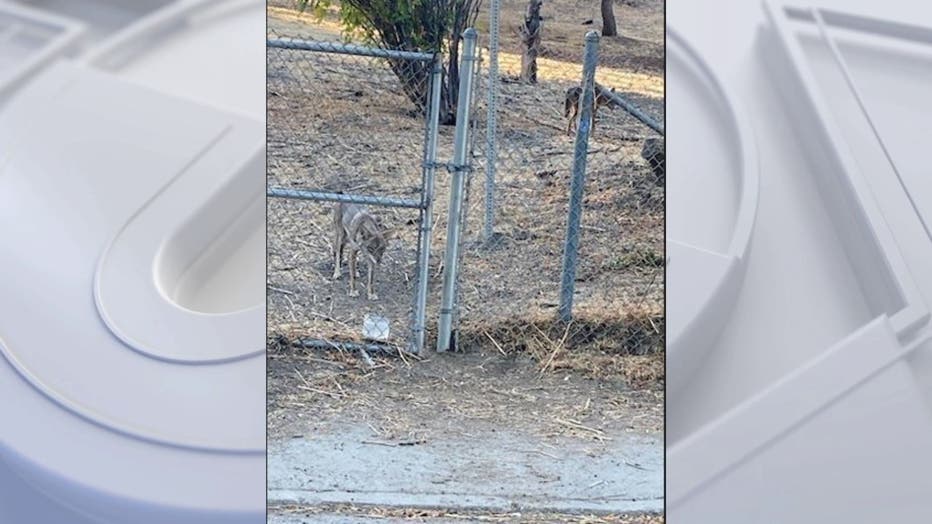 Rebecca Dmytryk with Wildlife Emergency Services voluntarily came to the neighborhood to look for the coyote.

"I'm trying to look for evidence of what might have led to this very odd behavior, whether it was the coyotes being deliberately fed or whether they're finding food out in the parks," said Dmytryk.

"It's a sign to me that the barriers between wildlife and people have broken down in this neighborhood. I truly think that this animal has been fed deliberately by people," she said.

She believes the best course of action is euthanization for the coyote, once it is found.

"I'm very fond of coyotes and I respect them. They're my favorite species because they are so brilliant, but this particular dog should be removed, euthanized," she said.

Wildlife officials say they took a clothing sample from the girl and will try to extract DNA from it in order to identify the coyote.

Local coyote experts say the attack could be attributed to people feeding coyotes.

"It’s clear, these coyotes have been conditioned to approach people. And how the coyote grabbed the back of the toddler’s pants could be described as demand behavior, where the coyote is demanding food from a human because it's been conditioned to receiving handouts," said Rebecca Dmytryk with Humane Wildlife Control Inc.

Residents are urged to keep their pets indoors until the aggressive animal is located.