A Titusville man has been arrested after police say he was caught on camera stealing a mother's car from her driveway as she was getting ready to take her son to school.

TITUSVILLE, Fla. - Security video captured the moment a Titusville man reportedly stole a mother's SUV from her driveway while she was getting her kids ready to go to the first day of school.

Santiago Junior Pena, 43, of Daytona Beach is facing several charges including Grand Theft, Fleeing and Eluding Law Enforcement, Leaving the Scene of a Crash with Damage, and Possession of Drug Paraphernalia.

The victim spoke only with FOX 35 about the panic she felt when the vehicle was driven off just as she was about to load her children into it.

In the video, a young boy comes running out with his backpack in hand, ready for his first day of school. His mom – Erica Rose – follows just a second later carrying a car seat with a baby inside. Police say Pena dropped his bicycle, jumped into her 2013 white Kia Soul, and took off. That's when Rose called 911. 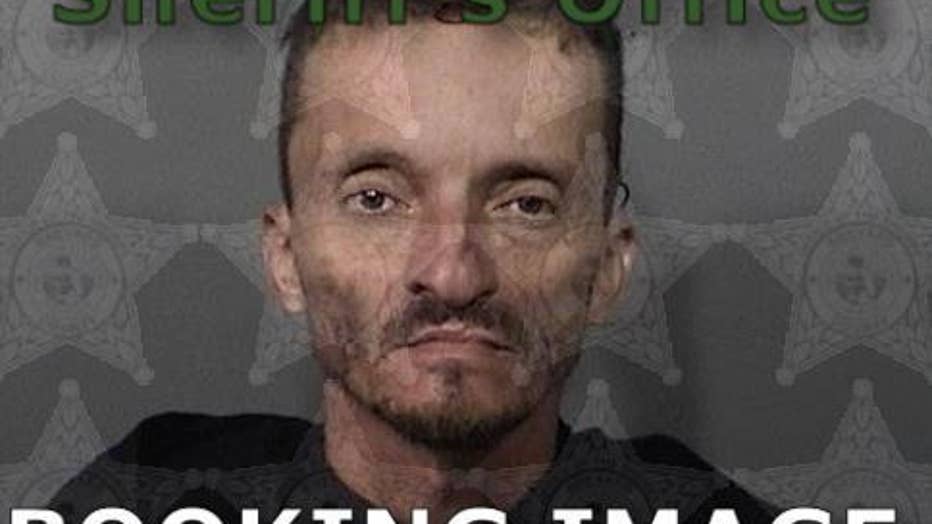 When police caught up with the stolen car, they say Pena took off, lost control, and crashed. Rose tells FOX 35 that police had Pena in handcuffs within an hour.

"This crime against a mother and her children will not be tolerated in our city", said Criminal Investigations Sergeant Timothy Werring. "Our vigilant officers worked skillfully and urgently to take this criminal into custody", added Werring.