APOPKA, Fla. - Halloween brought more tricks than treats to one family in Apopka after a bear ransacked their porch. 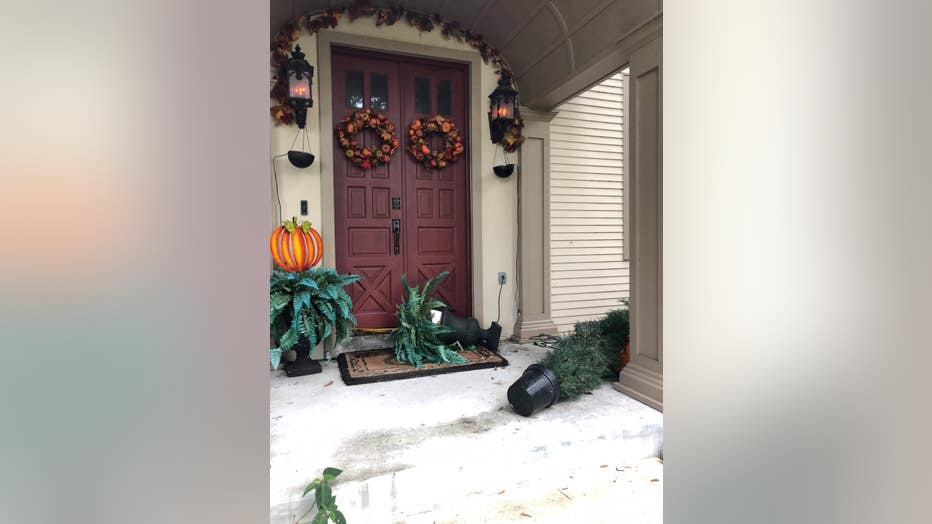 Steese says she left a pot of apple cider vinegar out to keep mosquitoes away while she and her daughter handed out candy to trick-or-treaters the night before.

“I basically just fixed him a salad in the bushes,” Steese said.

She says she saw the pots had been dumped over and suspected a bear had paid her a visit.

She checked her Ring camera and says she was stunned.

“To see him come up on the porch was shocking! He was so big. My dogs that you hear barking on the other side of the door didn’t even seem to faze him,” she said.