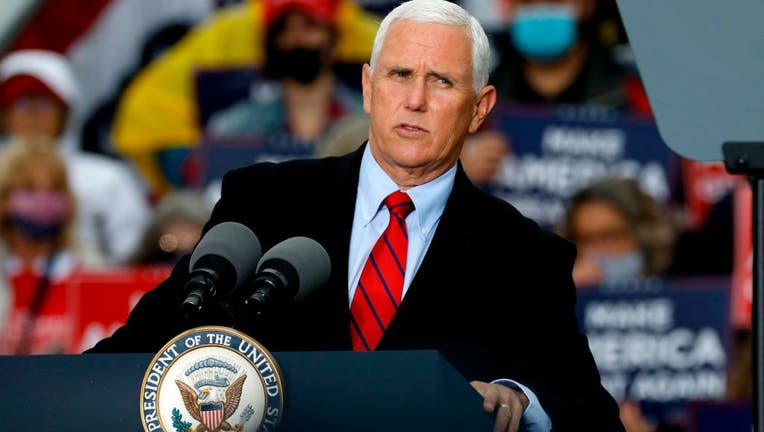 ATLANTA - Vice President Mike Pence will make a return trip to Georgia looking to bolster republican support as his party and democrats battle for control of the U.S. Senate.

The vice president tweeted he would be in the Peach State next week on behalf of Sen. David Perdue and Sen. Kelly Loeffler.

Under Georgia law, a Senate candidate needs to hit 50% of the vote to avoid a runoff. Neither of the state's Republican senators -- Perdue and Loeffler -- reached that cutoff, meaning both contests will likely go to a runoff January 5.

Loeffler, who was appointed late last year to fill the seat of retiring Sen. Johnny Isakson, faced multiple candidates in her race, including the Rev. Raphael Warnock, a Democrat, and GOP Rep. Doug Collins, depriving her of enough votes to win outright.

In the other race, Perdue was sitting under the 50% threshold required to win the November contest against Democratic challenger Jon Ossoff outright, making it almost certain that the pair will also meet in the January 5 election. Both candidates are already campaigning for the runoff.

It is unclear which day and in what locations the vice president will be stopping.

Pence's visit comes with the race for president in Georgia still too close to call. Georgia Secretary of State Brad Raffensperger on Wednesday announced an audit of presidential election results that he said would be done with a full hand tally of ballots because the margin is so tight.

Raffensperger’s office has said there’s no evidence of systemic problems with the voting or the count that shows Biden with a lead of about 14,000 votes over Trump.

Raffensperger said his office wants the process to begin by the end of the week and he expects it to take until Nov. 20, which is the state certification deadline.

Nearly all ballots have been counted, though counties have until Friday to certify their results.