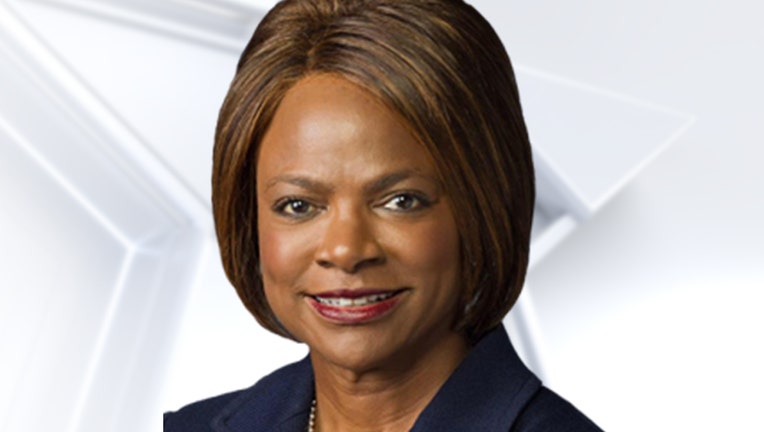 Demings, who is vying for Republican Sen. Marco Rubio’s seat this year, stressed her 27 years of experience as a former police officer and chief of the Orlando Police Department in advocating for the Violent Incident Clearance and Technological Investigative Methods (VICTIM) Act.

"When we take the time to talk to communities throughout our nation, particularly those in high crime areas, you know what they tell us. Those communities say we want to fund the police. Matter of fact, we want to see more police," Demings said at a Wednesday press conference on Capitol Hill. "In Congress, we spent a lot of time and energy on too many issues that simply don't matter. And many days we spend time vilifying each other when there are some issues and this is one of them that we should all come together when our communities are experiencing disturbing increases in violent crime, including violent crime against law enforcement."

Demings' colleague Rep. Cori Bush of Missouri has stood by the "defund the police" slogan, including in an interview this week, despite concerns it could hurt the party in the midterms.

"'Defund the police' is not the problem," Bush told Axios Tuesday.

But Demings said, "No greater society can exist without public safety."

"It’s about investing in our schools, investing in our youth today so we won't have to invest in our prisons tomorrow. And we must get serious as a nation about addressing mental health, for example, and addressing drug addiction," she said. "We cannot leave all of America's challenges on the backs of the men and women in law enforcement. And we must invest in our police departments."

When pressed by reporters asking about the potential damage other Democratic lawmakers on Capitol Hill have done in advocating to defund police over the past two years, Demings briefly noted that "we're still dealing with the effects of Jan. 6." She then shifted gears back to the public safety issue.

"I'm very focused on addressing violent crime," Demings asserted. "Too many members and too many people allow themselves to be distracted and get off the agenda where they should be laser-focused. I have colleagues who say a lot of things every day, but we need to stay focused and make sure law enforcement departments have the resources that they need."

Rep. Robin Kelly, D-Ill., also interjected, arguing that the majority of Democrats in Congress do not believe in defunding the police, saying the issue was promoted by a select few.

"I'm not a former law enforcement agent. But also, the other thing I would say to the media is, you know, you're talking about what a few people think, but if you take a survey among the Democratic Congress members, most people are not saying defund the police," Kelly said. "So, I hope you guys don't make it a bigger issue than it is."

The VICTIM Act, first introduced in October, aims to establish a Department of Justice grant program to hire, train and retain detectives and victim services personnel to investigate shootings and support victims.

Rubio categorized Demings’ event as "political opportunism at its worst," arguing the Democratic congresswoman was silent on mass lootings and violence last year as fallout from 2020’s defund police movement and was speaking out now on an issue Republicans had been discussing for months.

"Ever since arriving in Washington, Val Demings has made it harder for police to do their jobs while enabling violent criminals," Rubio said in a statement. "Today’s demonstration is solely motivated by her run for Senate, and is too little, too late for the many Americans affected by the uptick in violent crime. This is political opportunism at its worst."