Woman killed in crash in Parramore

A woman sitting in a car at a red light was killed when police say some fleeing car thieves blew through an intersection.

ORLANDO, Fla. - A woman has died following a deadly crash which police said was caused by fleeing car thieves.

Investigators said three cars were involved in the crash at the intersection of Westmoreland Dr. and Central Ave. in Orlando's Parramore neighborhood.  A spokesman with the Orlando Police Department said two men were taken into custody.  The identities of the two men and the deceased were not immediately released.

Orlando Police Sgt. David Baker said the suspects stole a vehicle, believed they were being pursued by officers and blew through the intersection at a high rate of speed.  Their car struck another car in the intersection which caused one of the cars to flip over onto the third car.  At some point, a passenger in one of the cars was ejected and later died from her injuries.  Baker said officers were not pursuing the stolen car at the time of the crash. 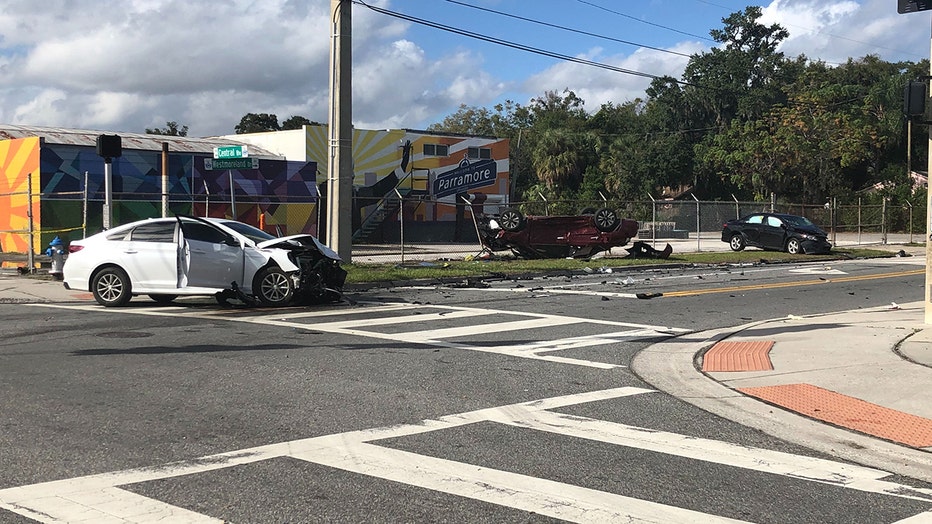 A three-car crash at the intersection of Westmoreland Dr. and Central Ave. has claimed the life of one woman.

"Initial indications are that the detectives were not in pursuit of the vehicle or anything like that. Apparently, they were trying to get more units and set up," said Baker. "We’re unaware if the suspect became suspicious of seeing the vehicles and fled."

Authorities said the fleeing suspects also hit a marked patrol car down the street before causing the deadly crash.   The exact cause of the crash remains under investigation. 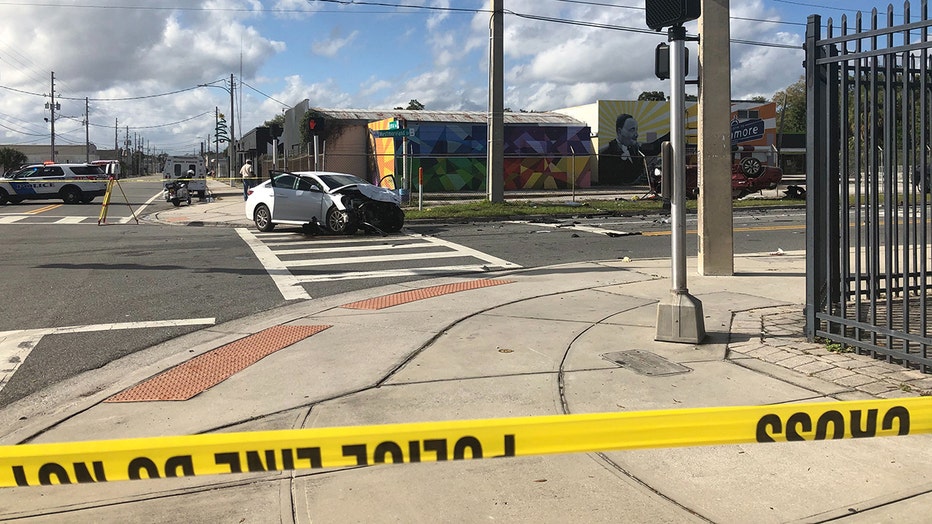 A three-car crash at the intersection of Westmoreland Dr. and Central Ave. has claimed the life of one woman.