Just after 6 p.m., ULA announced that anvil clouds remained unacceptable for flight and the most recent upper-level wind reading was "red," or a no-go. The upper-level winds changed to "green" at 6:30 p.m., but the anvil rule was still in place. The criteria all guard against rocket-triggered lightning during launch.  Shortly before 7 p.m., a new launch time was announced by the launch director. 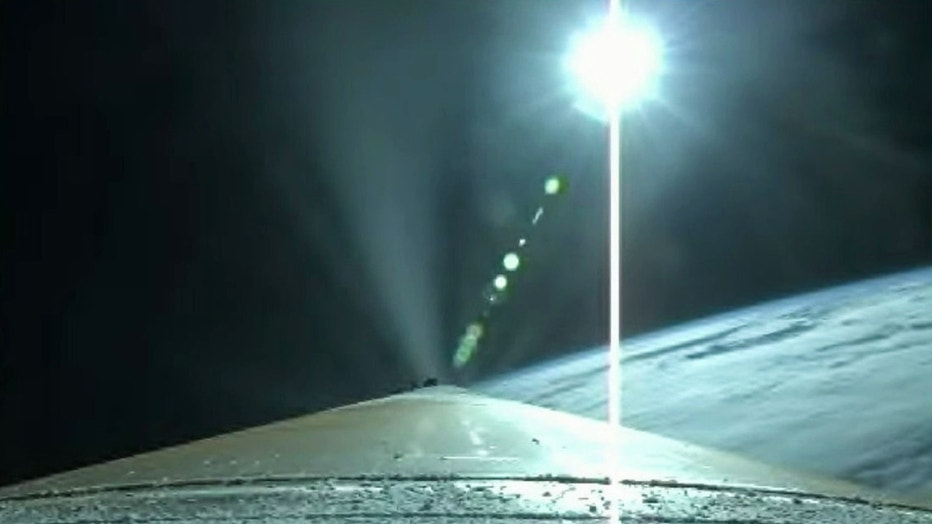 The United States Space Force (USSF)-12 is a dual-manifest mission consisting of two military satellites. When the rocket does launch, the Atlas V will deliver the two spacecraft to geosynchronous orbit about 22,000 miles above Earth. The satellites will reach their orbital outpost about six hours after leaving Earth.

Ahead of the launch, teams loaded 25,000 gallons of refined kerosene into the rocket.

On Wednesday evening, SpaceX launched a rocket from Cape Canaveral carrying 22 communication satellites that will provide TV and data services to the United States.