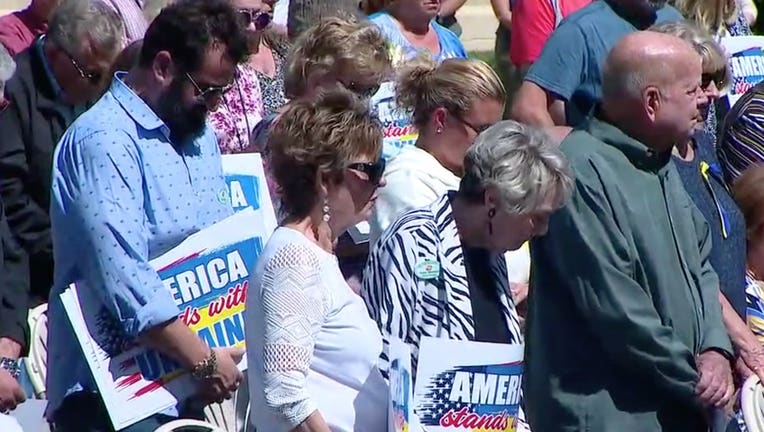 LAKE COUNTY, Fla. - People in Lake County gathered at the courthouse on Tuesday for an event to show support of Ukraine as the country is invaded by Russia.

Many held signs that read ‘America Stands with Ukraine.’

"Our Ukrainian friends need our help," one speaker said while rallying support.

Russia’s war on Ukraine is now in its sixth day, with a miles-long convoy of Russian tanks and armored vehicles inching closer to the Ukrainian capital and fighting intensifying on the ground.

Russia on Tuesday stepped up shelling of Kharkiv, Ukraine's second-largest city, pounding civilian targets there. Casualties mounted and reports emerged that more than 70 Ukrainian soldiers were killed after Russian artillery recently hit a military base in Okhtyrka, a city between Kharkiv and Kyiv, the capital.

President Joe Biden is expected to deliver his State of the Union address on Tuesday night, with one of the topics being the war on Ukraine.