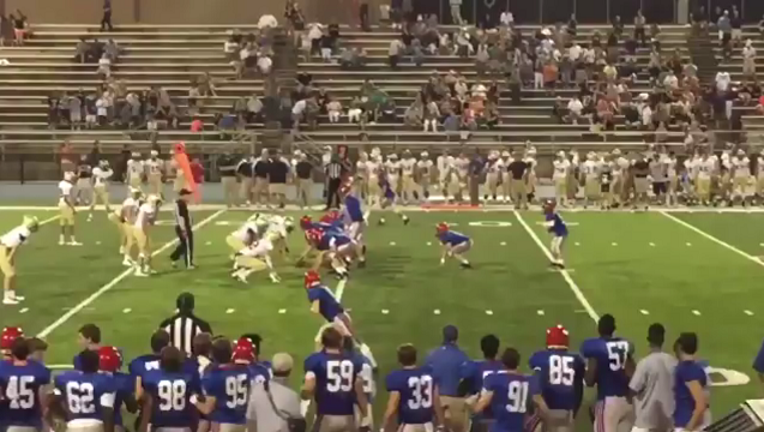 A video posted by a proud sister showing her brother's dream come true has gone viral.

Amy Hyde's brother, Jake, is a senior at Vestavia Hills High School in Vestavia Hills, Alabama. He also, per his sister, has Down syndrome. But that didn't stop Jake from seeing his dream come to fruition under the Friday night lights.

In the video, Jake can be seen scoring a 35-yard touchdown against Briarwood Christian School. He is promptly mobbed by members of both teams as they shout his name.

"Jake is over the moon right now," Amy later Tweeted regarding the media attention.