President Trump’s former campaign manager Brad Parscale was taken to a Florida hospital on Sunday by police after a brief but tense stand-off in which he barricaded himself in his home with firearms and threatened to harm himself.

President Trump’s former campaign manager Brad Parscale was taken to a Florida hospital on Sunday by police after a brief but tense stand-off in which he barricaded himself in his home with firearms and threatened to harm himself.

Ft. Lauderdale police said they were dispatched to Parscale’s house after his wife, Candice, called them saying she was worried her husband was suicidal and had firearms in the home, according to police.

“We went out and it was very short,” Fort Lauderdale Police Chief Karen Dietrich told the Sun-Sentinel. “We went and got him help.”

Dietrich added that Parscale did not threaten police and willingly went with law enforcement under Florida’s Baker Act – a law that allows police to detain a person who they believe is a threat to themselves or others. Parscale was taken to a local hospital.

“Politics aside, this fellow obviously suffers from emotional distress,” Fort Lauderdale Mayor Dean Trantalis told the Sun-Sentinel. "I’m glad he didn’t do any harm to himself or others. I commend our SWAT team for being able to negotiate a peaceful ending to this."

Fort Lauderdale Police Sgt. DeAnna Greenlaw said in a statement that police were called to the home around 4 p.m.

"Officers made contact with the male, developed a rapport, and safely negotiated for him to exit the home," Greenlaw said. "The male was detained without injury and transported to Broward Health Medical Center for a Baker Act."

Parscale's wife had called police to their home after her husband showed signs of emotional distress, according to Trantalis. She claimed he had weapons in the house that he had threatened to use.

Trantalis also praised police for deescalating a tense situation and responding quickly to ensure no one was harmed.

Shortly after the news broke, the Trump campaign released a statement saying it was “ready to support him and his family in any way possible,” while also hitting Democrats. 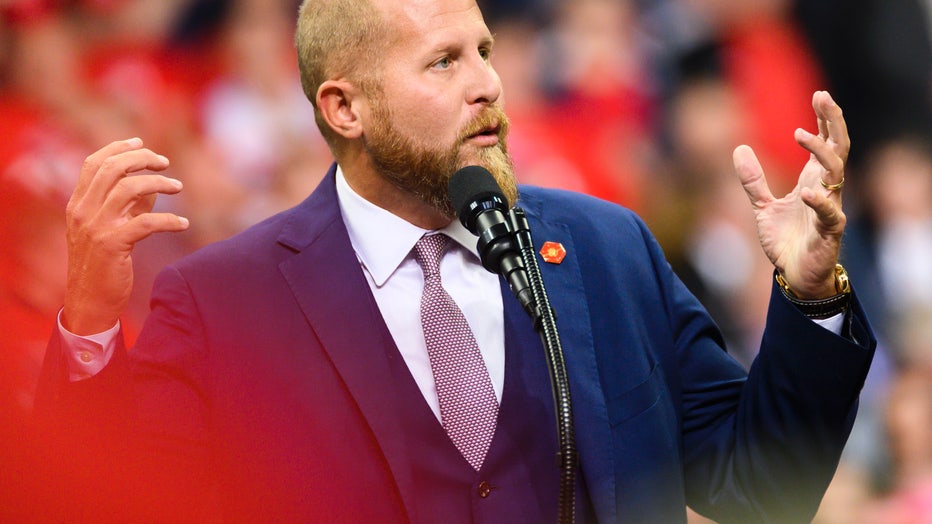 “Brad Parscale is a member of our family and we all love him. We are ready to support him and his family in any way possible,” Trump Campaign Communications Director Tim Murtaugh said in a statement. “The disgusting, personal attacks from Democrats and disgruntled RINOs have gone too far, and they should be ashamed of themselves for what they’ve done to this man and his family.”

Parscale was replaced as Trump’s campaign manager in mid-July by veteran GOP operative Bill Stepien after a series of polls showed the president trailing Democratic presidential nominee Joe Biden. He is currently the senior adviser for data and digital operations.

Parscale ran Trump’s digital advertising in 2016 and was credited with helping bring about his surprise victory. But his dismissal as campaign manager also coincided with an article in The Washington Post that portrayed Parscale as self-promoting and aloof. It noted that he featured prominently in an early Trump campaign ad -- and that staffers complained he often took calls by his swimming pool at home.

Fox News’ Gregg Re and Ashley Cozzolino contributed to this report.