In Volusia County, the recently opened Veterans Memorial Bridge has been defaced by vandals.

Police are looking for the person responsible for vandalizing the new Veterans Memorial Bridge in Daytona Beach.

Business owners on nearby Beach Street say the structure has brought a sense of pride to the community.

“I was so impressed with the architect of the bridge and the lighting,” added Glenna Doyle, owner of Spa Above-Salon 230.

It’s why seeing the graffiti covering the pillars on the southside of the bridge with a strange message was frustrating to see.

“Eat the rich... whatever that means,” said Brewer.

“Trash, pure trash that’s all you can say about it,” said Doyle. 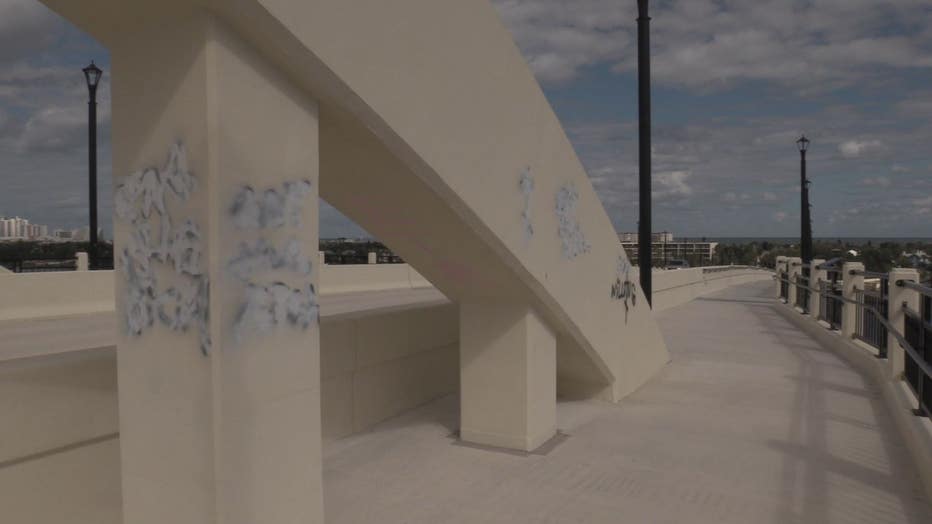 Daytona Beach police said the graffiti was discovered over the weekend. They have not arrested a suspect or suspects.

“If I could say something to them... Why would you do that? Why would you waste time on doing such a destructive thing,” said Doyle, speaking to the vandal or vandals.

The county just celebrated the grand opening a few months ago.

A spokesperson said they are working with the contractor to cover it up and don’t have an estimate on how much repairs will cost.