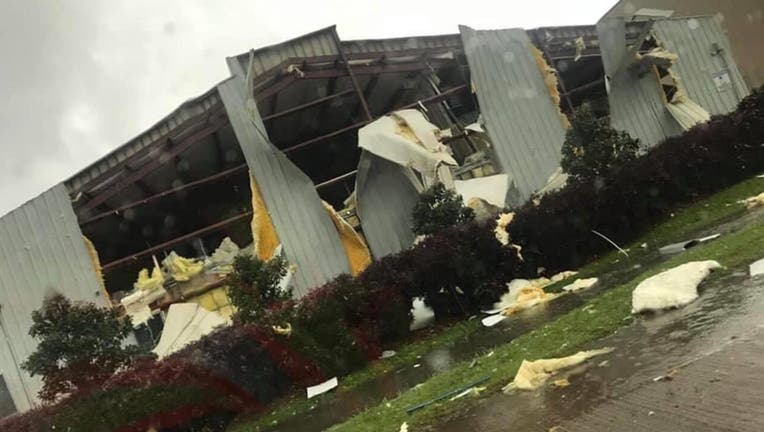 The city of Monroe, La. said on Twitter there were "reports of damage in multiple neighborhoods" after a tornado hit. (City of Monroe)

FOX NEWS - More than a dozen confirmed tornadoes have struck from Texas to Mississippi on Sunday, damaging homes, as the South faced an onslaught of severe weather.

The city of Monroe, La., announced on Twitter there were "reports of damage in multiple neighborhoods" after the storm moved through shortly before noon on Sunday. 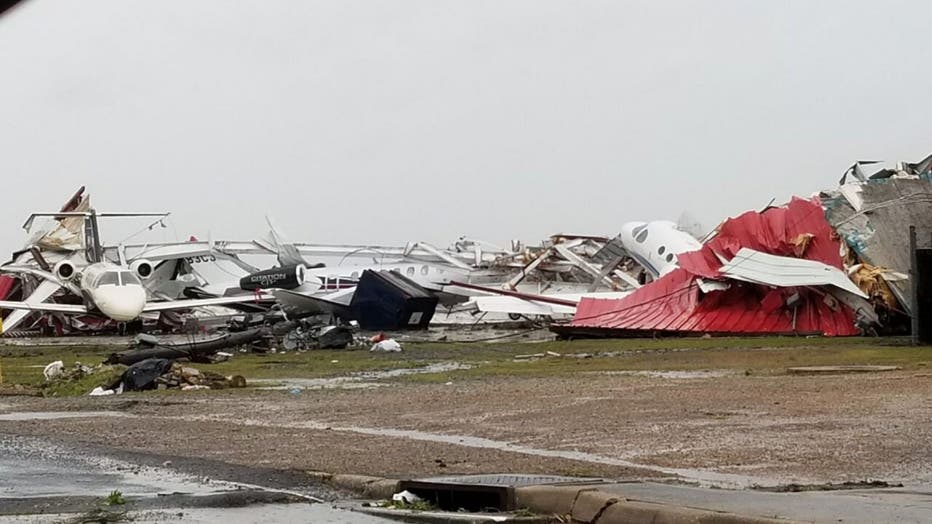 Damage at Monroe Regional Airport in Louisiana after a reported tornado on Sunday. (City of Monroe)

"Please cooperate with any emergency officials who may give instructions to you or your neighbors. More details to come," the city said. "Please pray for all!"

The National Weather Service had declared a tornado emergency for Monroe and the surrounding communities at 11:44 a.m. CDT as a confirmed "damaging" tornado was hitting the area.

NWS officials said 20 homes in one subdivision were reported to have sustained damage and multiple planes and hangers suffered damage at the Monroe Regional Aiport.

City officials said additional damage was reported at one of the office buildings in the airport complex.

Another photo from the city showed damage at the airport, including several aircraft that appeared to be overturned. 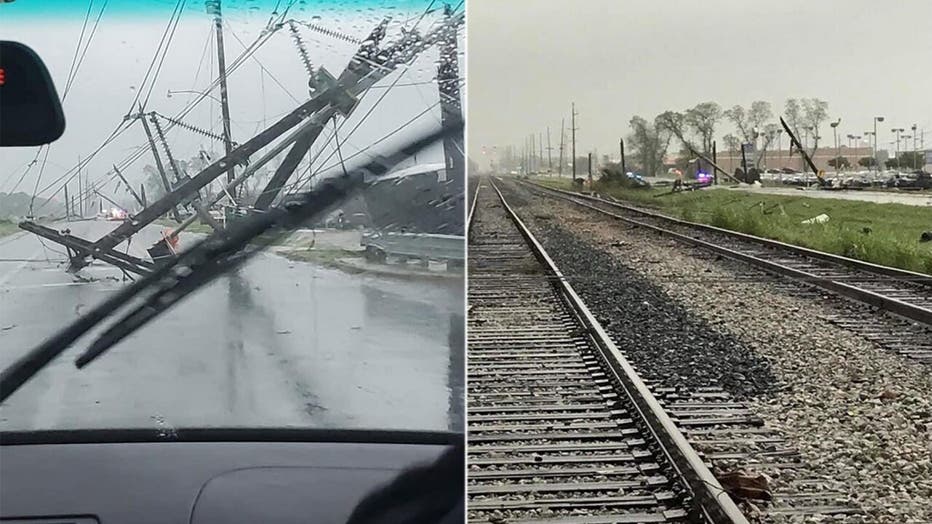 The city of Monroe, La. said on Twitter that there were "reports of damage in multiple neighborhoods" after a tornado hit. (City of Monroe)

Other images from the city revealed downed power lines in various areas.

The tornado that struck Monroe is part of a powerful storm system affecting the Easter holiday, bringing heavy rain, tornadoes and hail. The NWS' Storm Prediction Center said severe thunderstorms were likely into Sunday night, with the greatest threat in Louisiana through the Tennessee Valley.

The storm center said some 95 million people may be impacted by the storms. More than 5.8 million people live in the area where the most dangerous weather was most likely, including Birmingham, Ala., and Jackson, Miss.