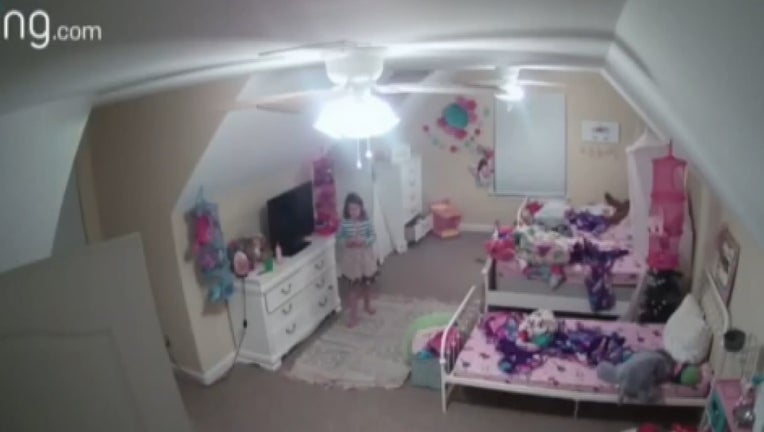 WINTER GARDEN, Fla. - People across the country have reported scary stories recently about their in-home Ring cameras being hacked by strangers.

During an incident in Tennessee, a man’s voice is heard coming through the camera, which was set up inside a child’s bedroom.

The little girl is terrified as he says, “I’m your best friend. I’m Santa Clause!”

This all happening as a lot of people are including cameras in their holiday shopping.

Tips for making sure in-home cameras are secure

People across the country have reported scary stories recently about their in-home Ring cameras being hacked by strangers. Make sure you're keeping your home security safe from hackers.

Luis Bidrogo, of Surveillance Plus in Winter Garden, says his business has been busy.

He also says employees are fielding calls from people worried about the security of their home systems.

Bidrogo explained that a lot of camera systems are now offering a two-step authentication option.

It’s another layer of security when it comes to accessing your video.

“Even if someone else hacks your user or password or has that information - in order to log in, they have to send a confirmation through text. You have to have your phone handy when you do that,” he said.

The company says people should use strong passwords and change them every three to six months.

“Recently, we were made aware of an incident where malicious actors obtained some Ring users’ account credentials (e.g., username and password) from a separate, external, non-Ring service and reused them to log in to some Ring accounts. Unfortunately, when the same username and password is reused on multiple services, it’s possible for bad actors to gain access to many accounts,” a Ring spokesperson said in a statement.

Ring also tells FOX 35 it investigated the Tennessee incident and that the company’s system and network were not compromised.