Orlando and Central Florida will see increased chances for rain on Friday evening. Rain is also possible earlier in the day on Saturday along Interstate 4 and areas south. 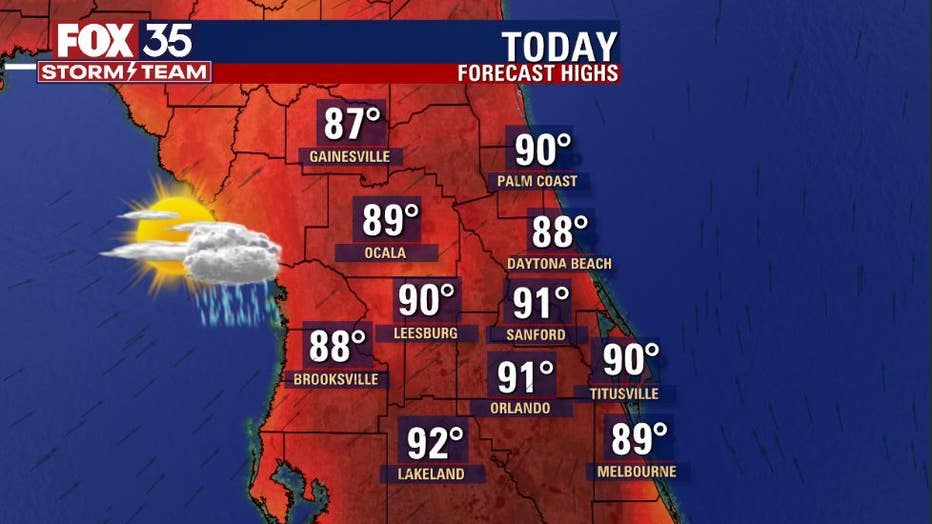 Showers and storms return to the area on this Friday. The Northwest Counties could see action develop well before the noon hour with action spreading Southbound closer to Orlando during the afternoon hours. Coverage hangs in the 50% range. Heavy rain, lightning and gusty winds could accompany some of the stronger storms, especially for areas North of the I-4 corridor. Hot highs expected near 90 or so. 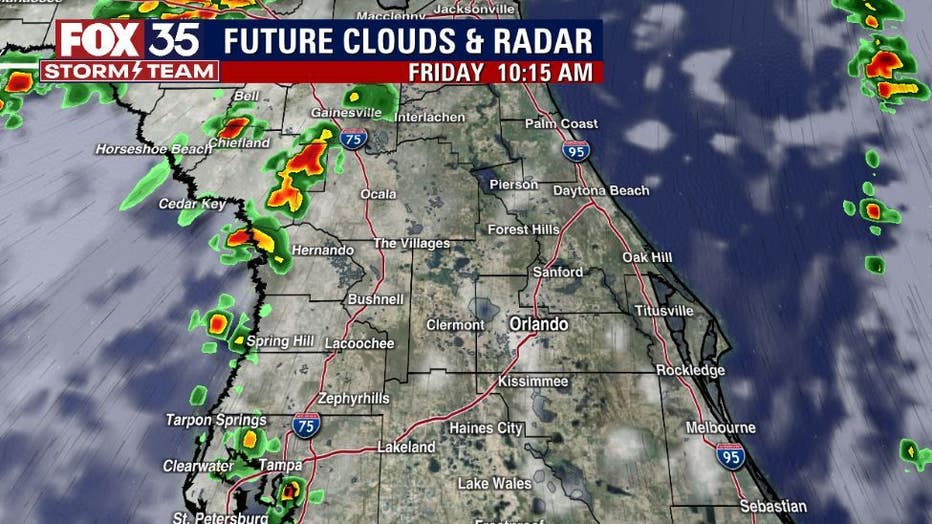 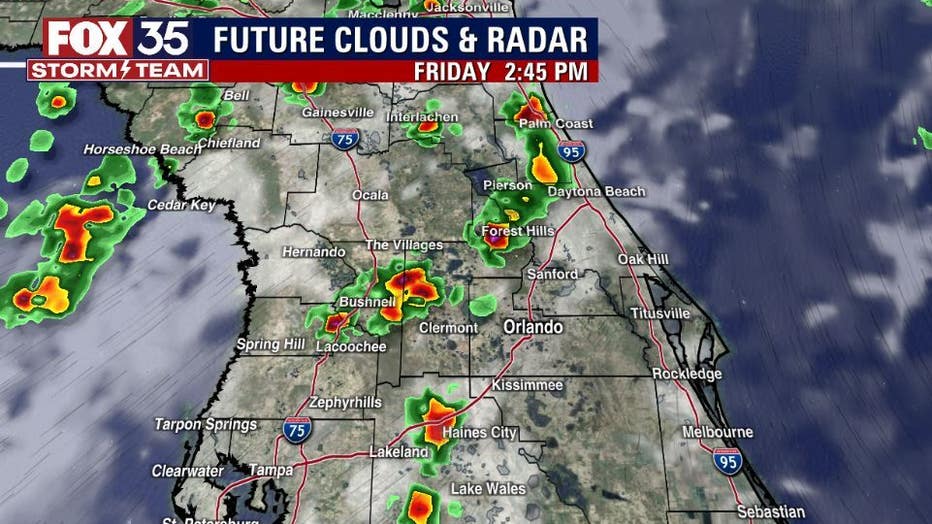 Shower and storm risk will rise at the attractions and theme parks mainly during the afternoon hours. Forecast models are pointing at storm arrivals mainly after 2 p.m. Heavy rain, lightning and few wind gusts appear to be the main issues. Storms could linger well past sundown in these areas. 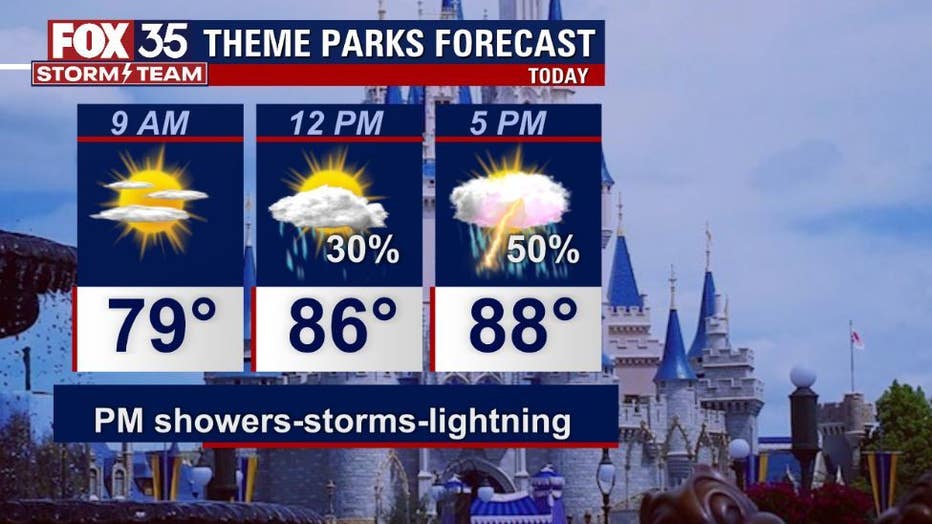 The beaches look like a great place to be on this Friday. Mixed skies and ocean breezes dominate-skies! Showers and storms will be possible primarily during the PM hours, chances near 40-50%. Highs seaside hit near 87 degrees. Surf forecast: Mixed swell in the knee-waist high range. Stronger Southeast seabreezes develops for the PM adding some texture. 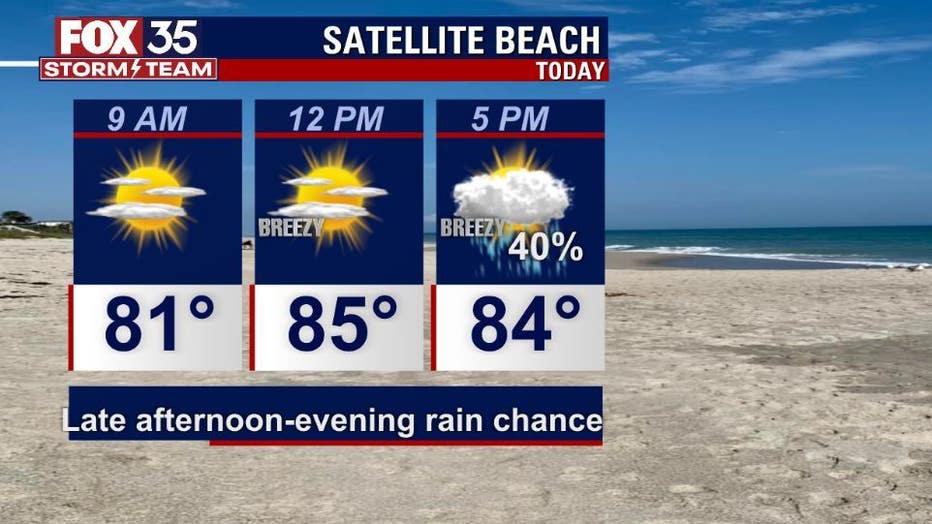 The Holiday weekend will bring mixed skies, light winds and daily showers and storms. While the weekend won't feature an "all day-all the time" type rain, there will be distinct times of rain development. Much of this depends on the approach and possible stall of an incoming weakening front. Rain chances remain relatively elevated at 40%+ longer term as we head into the first part of June. Stay tuned!