Tropical Storm Fred weakened into a tropical depression on Wednesday evening as it crossed over the mountainous island of Hispaniola.

ORLANDO, Fla. - Tropical Depression Fred is expected to regain strength by Thursday and will likely be a tropical storm when it targets Florida this weekend.

Those impacts are expected to include a likelihood of squally, heavy rain in quick-moving downpours, and also the possibility of isolated, fast-tracking tornadoes. If organized tropical rain bands set up, we could see flooding in some areas where those downpours develop.

All indications at this time suggest the system will remain a minimal tropical storm as it passes by our region, but as the tropics are fickle by nature and this could quickly change.

The system is moving west-northwest at 15 mph. It has maximum sustained winds at 35 mph. On Wednesday evening, Fred was crossing over the Dominican Republic. 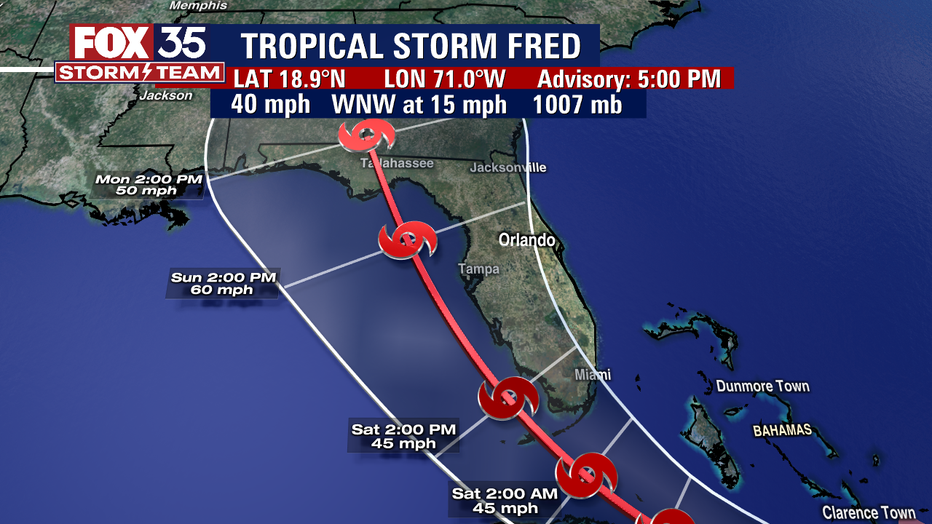 On the forecast track, the center of Fred is expected to move near the Turks and Caicos Islands and the southeastern Bahamas on Thursday and move north of the northern coast of central Cuba on Friday.

"The track draws closer to Eastern Cuba Thursday afternoon, land interaction is possible during this time. That could also disrupt the circulation of the storm. A trip into the Eastern Gulf looks possible by Saturday into early Monday as Fred turns to the North."

On the current proposed forecast track, lots of rainfall looks to move in for the weekend. Parts of Central Florida could see some rather high rain amounts as Fred skirts by. 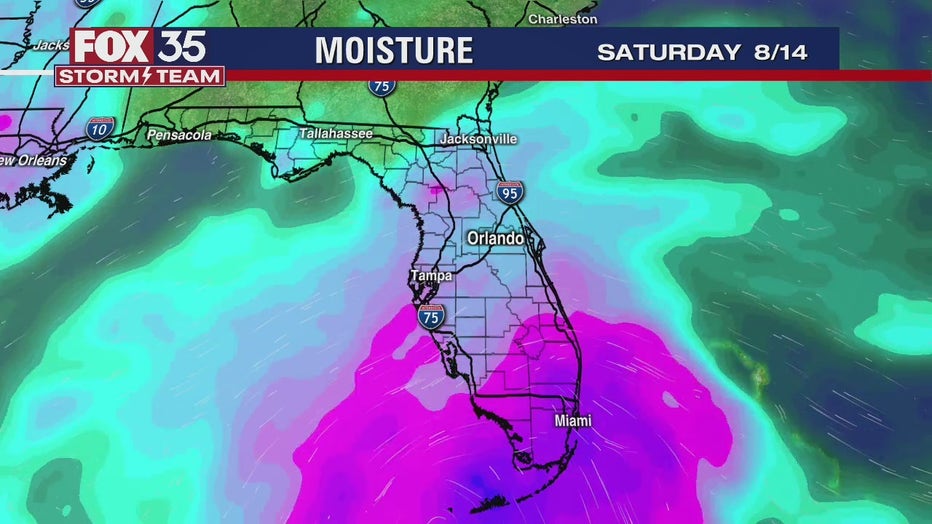 Considering the very wet conditions as of late, flooding will be a concern during this time. The heaviest rain could arrive during the day on Saturday, continuing into Sunday and even into Tuesday. 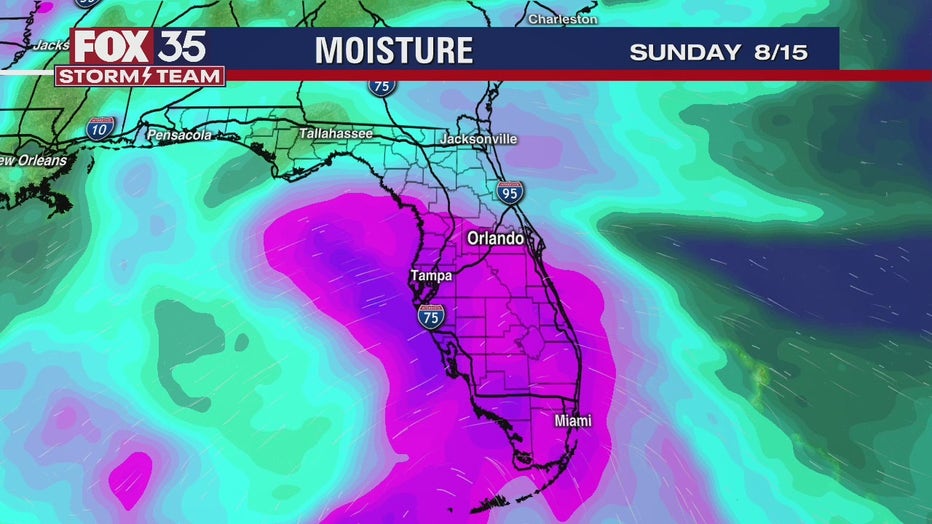 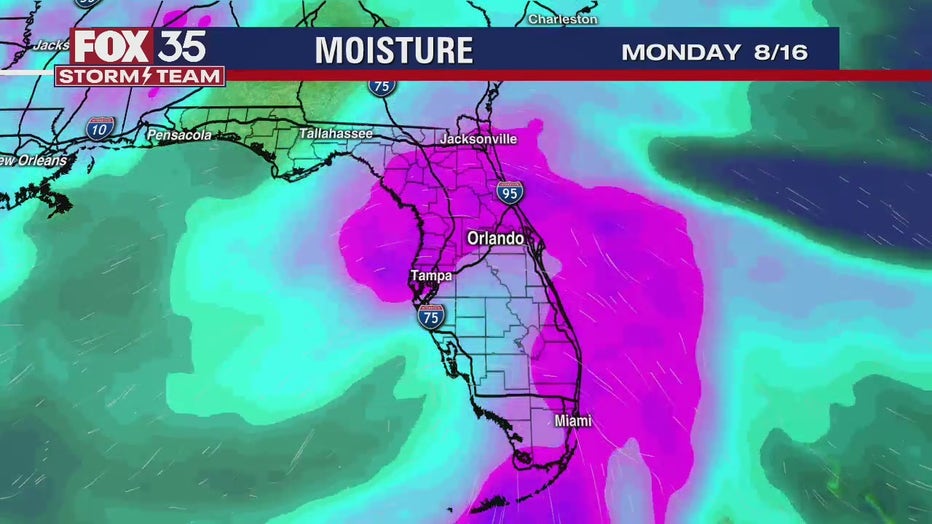 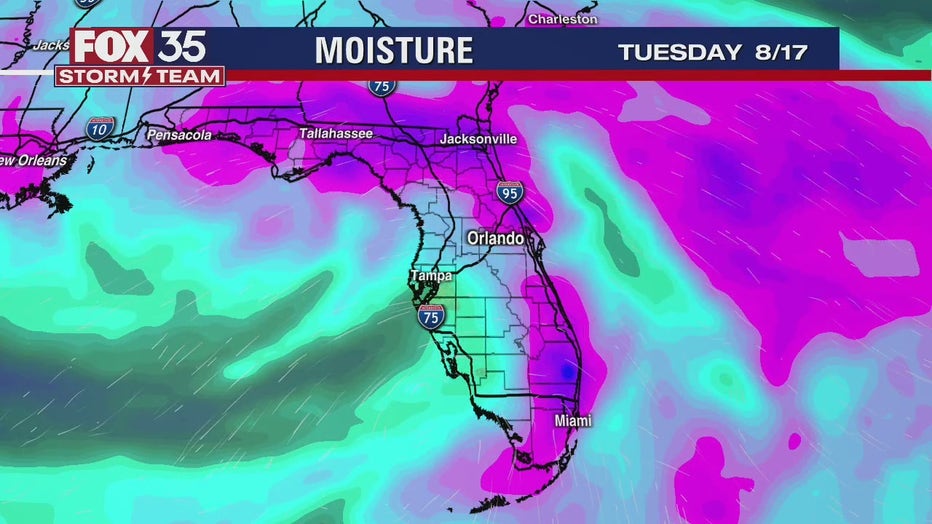 We're expecting winds to increase a bit with the close passage of Fred. Best estimates right now look to be a Saturday morning into a Saturday night time frame. 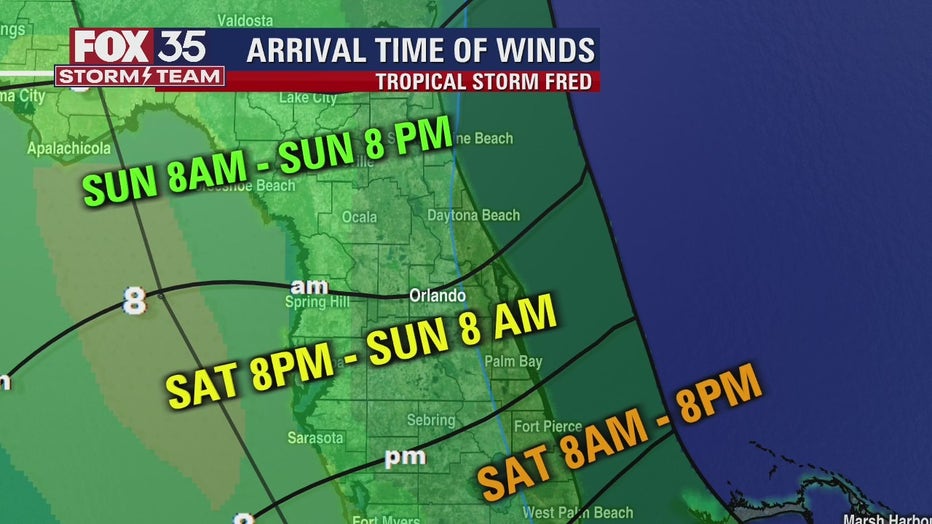 Make sure to download the FOX 35 Storm Team Weather App for updates.

Wind speeds remain uncertain right now but, breezy to occasionally windy in passing squalls seems to be feasible at this time.

Depend on the FOX 35 Storm Team to bring you the latest tropical updates.