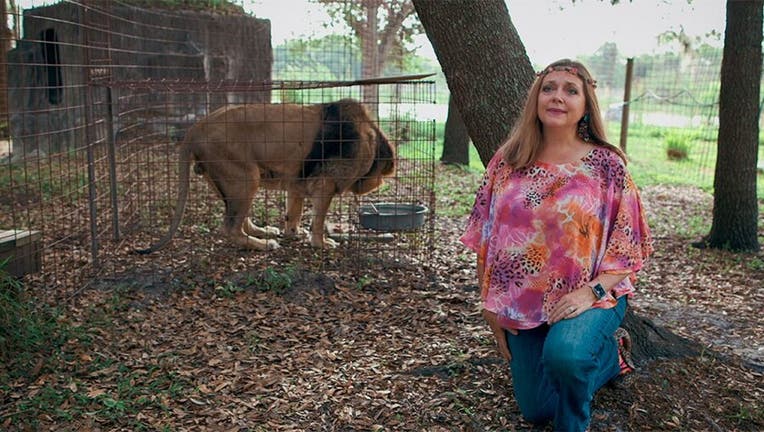 TAMPA, Fla. - The cold case of Carole Baskin's first husband, Don Lewis, was magnified on the "Tiger King" docuseries, and while the big cat enthusiast continues to maintain her innocence in his alleged murder, a woman has come forward with new information.

In an interview on the new CBS limited series "48 Hours Suspicion," Trish Farr-Payne says she believes her ex-husband Kenny Farr, who was Baskin's former handyman, may have played a role in Lewis' 1997 disappearance.

Farr-Payne alleges in the interview that her ex instructed her not to talk about Lewis after he went missing in the late '90s.

"'Don's gone, and I don't want you talking about him,'" Farr-Payne alleges her ex-husband told her just before Lewis was reported missing.

Farr's concerned ex-wife goes on to allege that the handyman brought home a large freezer with a padlock that ultimately went missing around the same time Lewis' disappearance became public.

Farr told the outlet that the mysterious freezer disappeared from her home "about a week after Don disappeared."

This isn't the first time Farr-Payne has shared her concerns, though. According to the Tampa Bay Times, she informed the authorities in 2000 that she believed Farr was somehow involved.

According to the Florida outlet, Farr-Payne claimed that her then-husband stayed home from work the same weekend Lewis disappeared despite regularly going to the animal park every day. She alleges that Farr also returned home that Sunday night in Lewis' van, which she claims had pistols and rifles inside. The following day, her ex came home in his own truck.

What's more is Farr-Payne alleged that her former husband once informed her that if she left him she would go "in the grinder like I did Don." 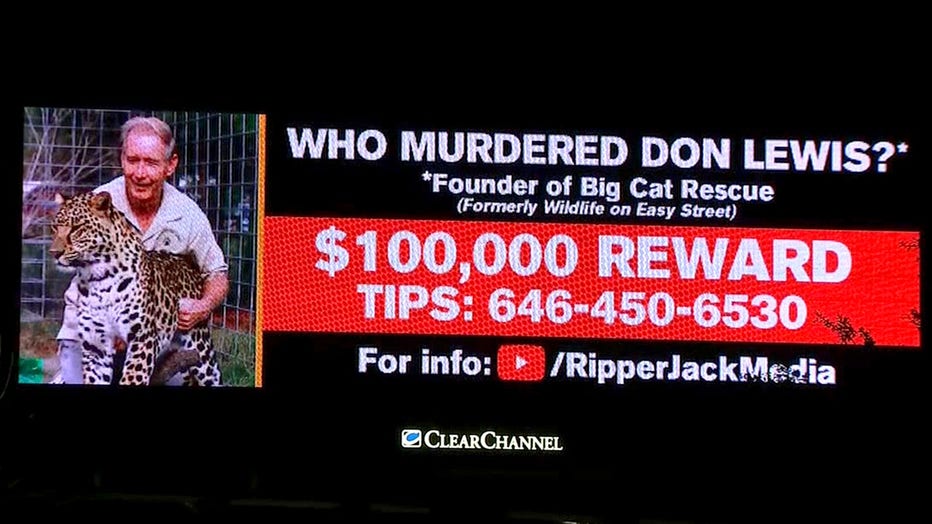 Billboards have popped up around town with one question: Who killed Don Lewis?

To date, Baskin has fully denied having any involvement in her first husband's disappearance and death, even taking to her animal sanctuary's website earlier this year with a lengthy statement to downplay the "lies."

Farr-Payne claimed she did not speak out initially because she was "afraid" for her kids.

"48 Hours Suspicion" will air the interview with Farr's ex-wife on Sept. 9.