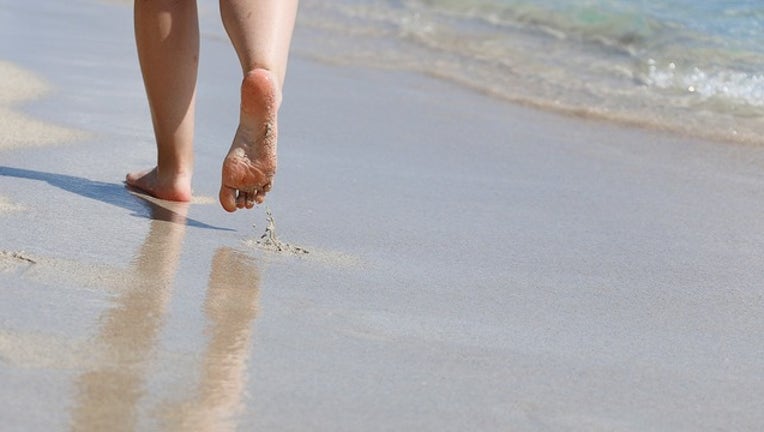 JACKSONVILLE, Fla. (FOX 35 ORLANDO) - Hurricane Dorian, the Category 3 storm, has stalled over the Bahamas for more than 24-hours unleashing pummeling rainfall and devastating flooding as millions along the U.S.'s East Coast continue to monitor the storm's next move.

But for thousands of Floridians Hurricane Dorian is “routine.”

Amaya Martin, a Jacksonville resident, only purchased a few items on Monday while grocery shopping with her mother and brother.

“I got some grapes, Beefaroni, and yogurt,” said Martin.

The high school senior said she would use the few days off to catch up on homework.

“Every year there is a storm, and every year it’s the same,” said Martin.

Across the parking lot, Faith Adees shared a similar opinion.

“I had a home on the beach and never evacuated, and now I live further inland and don’t plan to evacuate,” she said.

Adees said her reasoning is simple, “I prepare and pray.”

Even retired naval veteran Robert Novotny says he plans to ride this storm out. "I have lived through about seven hurricanes two of which occurred on the water, so I just plan to hunker down," said Novotny.

Novotny did add that if officials are evacuating an are, "you should leave."

"Just make sure you have your supplies gas, food, generator, batteries, and water," said Novotny.

“Even though forecasters say it [Dorian] may remain off the coast, it is very close to some of these communities on Florida’s East Coast. So that a wobble here, a wobble there, and you’re looking at potentially catastrophic impacts,” Gov. Ron DeSantis told The Weather Channel on Monday morning.

“If you see what’s happening in the Bahamas, that is just unbelievable power and strength,” DeSantis said.

Monday evening, Bahamas Prime Minister Hubert Minnis confirmed to reporters that at least five people had died in the Abaco Islands and that officials had received calls from people in serious distress in nearby Great Bahama Island.

“We are in the midst of a historic tragedy,” he said.

Brevard County — Mandatory evacuation order has been issued for Zone A, including all mobile and manufactured homes.

Duval County (Jacksonville) — Mandatory evacuation order issued for Zones A and B, as well as Huguenot and Hanna parks, at 8:00 a.m. on Monday.

Martin County — Mandatory evacuation order for Zone A and Zone B are in effect. This includes Hutchinson Island, Jupiter Island, Sewall’s Point, low lying areas, and mobile and manufactured homes.

Nassau County — Mandatory evacuation order has been issued for Zones A, C, and F.

Palm Beach County — Mandatory evacuation ordered for Zone A and Zone B. Zone A includes mobile homes, sub-standard housing and low-lying areas prone to water intrusion. Zone B includes the barrier islands, land areas north and south of the Jupiter Inlet, and other surge-vulnerable areas south along the Intracoastal Waterway to the Broward County line.

St. Johns County — Mandatory evacuation order issued at 8 a.m. Monday for Zone A and Zone B, which includes the entire cities of St. Augustine and St. Augustine Beach, and those living on waterfront property or in flood-prone areas.

Volusia County — Mandatory evacuation order issued at 10 a.m. Monday for residents who live on the beachside and in low-lying areas, RVs and mobile homes.

Yet as Dorian makes its predicted sweep off the east coast, many Floridians will shutter themselves inside, like they did last year and the year before, and make the “best” of the storm.

“We have been here eight years and this is our third hurricane,” said Barbara Parks. “And we love them we have hurricane parties before during and after [the storm].”

The couple says they usually stock up on food and booze and then gather friends.

Researchers predict that more than 4.5 million people along Florida’s mid- to southeastern coast could lose power, Florida Power and Light Co., said it had 16,000 employees and contractors assembled across the state ready to respond to outages.

“Of course we will fill the tub with water to be safe but outside of that our neighbors have a generator that we share,” said Dick Parks. As Barbara Parks added, “We fill most safe in our home so that’s where will stay.”