The Bulldog reveal on The Masked Singer

The Bulldog, the third wild card competitor of the season, was all bark but no bite and it didn’t take long for judges to snuff out Nick Cannon, who has hosted the show since its first season.

LOS ANGELES - Season 5 of "The Masked Singer" continues to unlock surprises — and cash prizes — and this week’s episode was no exception with the reveal of the Bulldog.

Each week, viewers are given the chance to predict six questions related to each week’s episode on the FOX Super 6 app — and in return, fans can win up to $10,000.

While more than 236,000 entries were cast this week, Dion from Mississippi became the lucky fan to win $10,000 thanks to the elimination of the Bulldog. 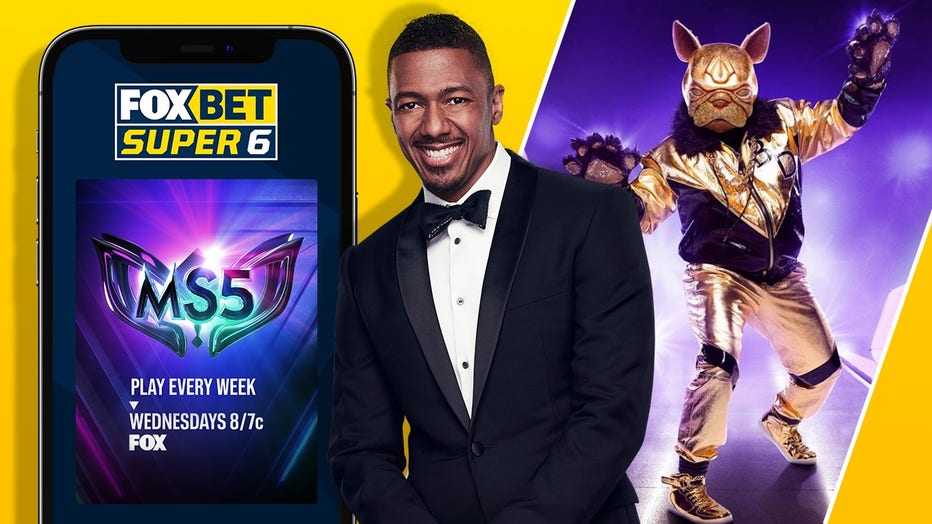 Each week, viewers are given the chance to predict six questions related to each week’s episode on the FOX Super 6 app, and in return, fans can win up to $10,000. (FOX Bet Super 6)

RELATED: The Bulldog reveal on ‘The Masked Singer’ was the ‘ulti-mutt’ wild card

While getting all six answers correct increases a participant’s chance of winning, the prize drawing is random, so even one correct guess gives players a chance to win big bucks.

Questions this past week included, "Which panelist will get a first impression guess correct Wednesday night?", "Which character needs to leave the stage after performing?" and "Who is going to be unmasked on Wednesday night?"

Only 20% of participants were able to correctly guess that the Bulldog would be the contestant to be sent home.

For the first time in "The Masked Singer" history, wild card contestants are crashing the competition in hopes of upending the battle for the Golden Mask Trophy.

This week, the Bulldog — the third wild card competitor of the season — turned out to be Nick Cannon, who has hosted the show since its first season. Cannon has been out since testing positive for COVID-19 prior to the show’s season premiere.

Danny Trejo tried to win over the show’s panelists, but it wasn’t enough to remain in the competition.

Comedian Niecy Nash has been taking the reins in the meantime, but during Wednesday’s wild card episode, Nash picked the Bulldog to be unmasked. It was announced that Cannon will take over the rest of the season.

"Niecy’s been doing an amazing job until tonight, she chose completely wrong, she kicked me off the show," Cannon joked in an interview following his last performance.

Cannon said he empathized with previous contestants after getting a first-hand experience being one himself.

"I know what they’re going through," Cannon said. "Until you actually get in there and you’re drenched with sweat and you can’t wipe your eyes but still having to get the best performance you possibly can, crazy."

Austin Williams contributed to this story. This station is owned by the FOX Corporation.