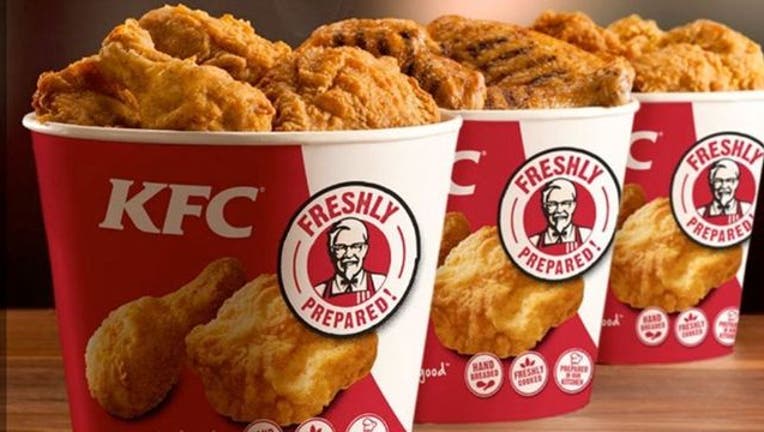 The company says the recipe published in the Chicago Tribune is not authentic. But that hasn't stopped rampant online speculation that one of the most legendary and closely guarded secrets in the history of fast food has been exposed.

It all started when a reporter visited with Joe Ledington, a nephew of Kentucky Fried Chicken founder Colonel Harland David Sanders.

The reporter was working on a story for the Tribune's travel section about Corbin, Kentucky, where the colonel served his first fried chicken. At one point, Ledington pulled out a family scrapbook containing the last will and testament of Sanders' second wife, Claudia Ledington.

On the back of the document is a handwritten list for a blend of 11 herbs and spices to be mixed with two cups of white flour. While Joe Ledington initially told the reporter that it was the original recipe, he later said that he didn't know for sure.

KFC — which is a subsidiary of Yum Brands Inc. — calls its recipe "one of the biggest trade secrets in the world." It says that the recipe the reporter saw is not the real thing.

"Many people have made these claims over the years and no one has been accurate — this one isn't either," KFC said in a statement.

The Louisville, Kentucky-based company says that the original recipe from 1940 handwritten by Sanders is locked up in a digital safe that's encased in two feet of concrete and monitored 24 hours a day by a video and motion detection surveillance system.

Joe Ledington could not immediately be reached for comment on Friday.

Here is the recipe that the colonel’s nephew showed The Chicago Tribune: