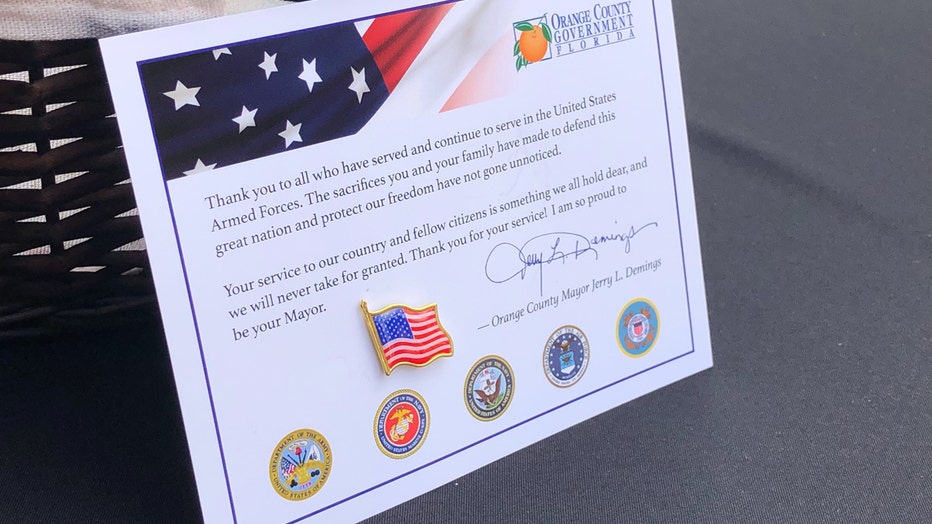 Dozens of veterans attended the ceremony outside the Orange County Administration Building and received an American flag pin and postcard from Orange County Mayor Jerry Demings thanking them for their service. 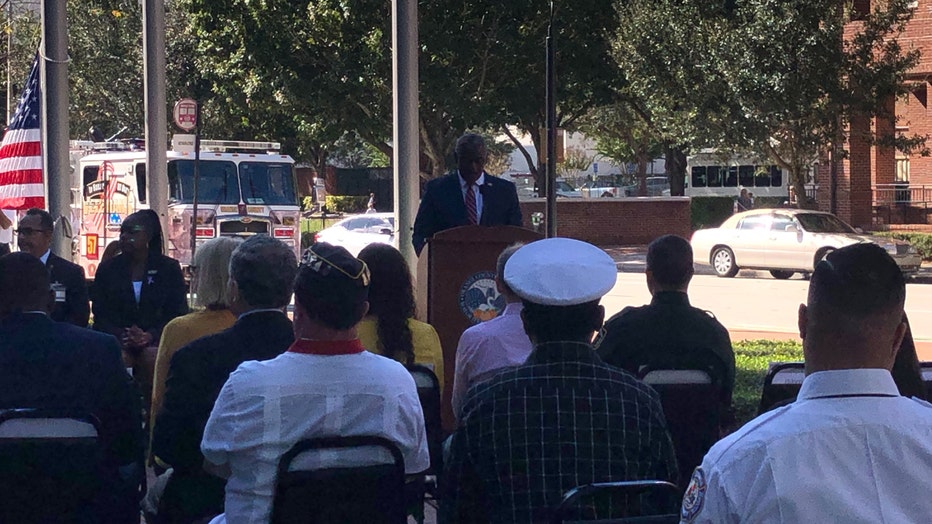 “This is very needed here… I’m very happy about it,” said William Wright Jr, who served in the U.S. Army Special Forces for two decades. He said Monday’s ceremony was very significant for him. “I did three tours, two plus tours in Vietnam and the first two I was spit on. Rotten eggs were thrown at me when I came back.” 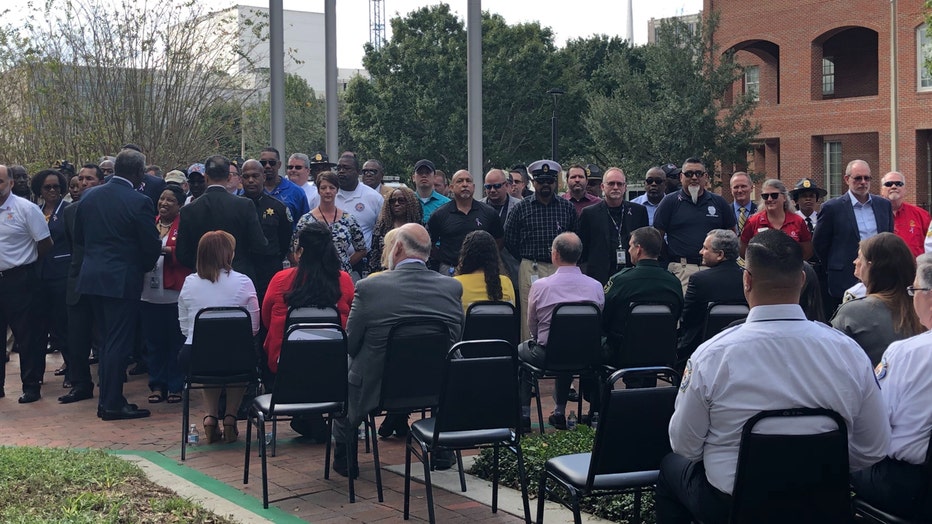 “We wanted to do that in a very humbling way to say thank you for the freedoms we enjoy every day.”

Wright said he hopes people remember the sacrifices veterans made to help those freedoms possible. “I want young people to understand that it was a major sacrifice. Many of the years while people was enjoying weekends I was somewhere either in the jungle which I did three tours in Vietnam, in Alaska, in Germany, in other locations.”

Watch the full ceremony below.