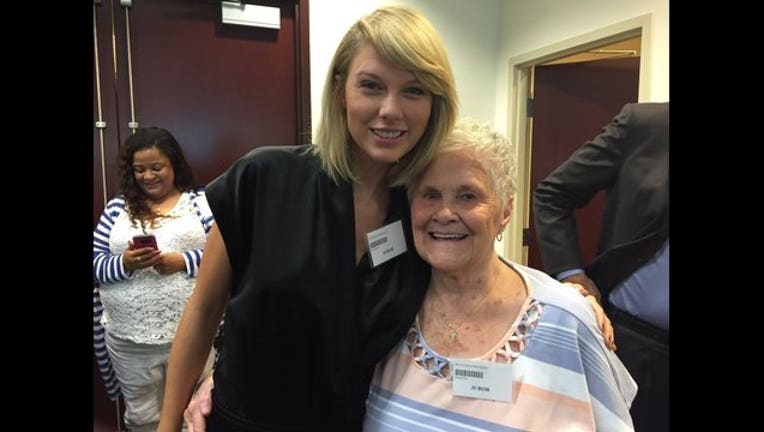 TMZ reports Swift was dismissed from an aggravated rape/kidnapping case.

According to the report, she was dismissed because she had a pending case that involves sexual assault. The case involves a DJ who "allegedly fondled her backstage at a concert," according to TMZ.

Due to the pending case, the judge reportedly did not think Swift could be impartial.

A number of potential jurors tweeted photos with the star.

Gerrit Wortel tweeted, "So my grandma in Nashville had jury duty with @Taylorswift13." He tells KTVU, "My grandma said (Swift) was super sweet and friendly."

Nathan Hubbard tweeted a photo with Swift saying "she is so nice." He later tweeted, "And I thought jury duty would be boring."