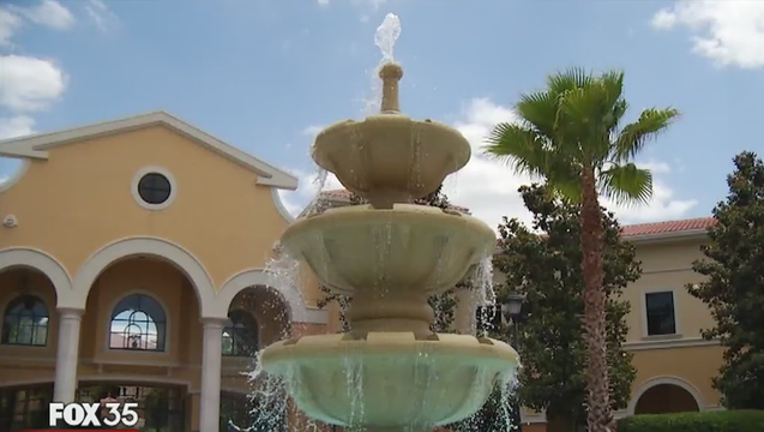 FORT LAUDERDALE, Fla. (AP) - Fed up with the high taxes and regulation back home in New York, retired officer Thomas Maloney and his wife, real estate agent Theresa Hart, are looking to offload a home in Long Island — quickly.

“It’s been a thorn in my side for the past seven years,” Maloney said. Between regulations that favor tenants and rising city and state taxes, they say they’re “just not comfortable” being landlords in New York.

The Palm Beach County couple’s story reflects a growing mood among high earners from the Northeast that it’s time to cash in their real-estate chips in high-tax states and move to places like Florida, where the tax bites are less and it’s cheaper to buy and maintain a home.

The Sunshine State always has been a favorite of transplants for its weather, beaches and lack of a personal income tax. And while little data is available to quantify the level of tax migration from the north, real estate agents and economic development promoters say that their client lists are burgeoning with out-of-state residents looking to sign contracts.

A bump in activity started with the federal tax overhaul in 2017. Although rates were cut for corporations and individuals, the ability of residents to deduct state, city and property taxes from their federal returns in places like New York, New Jersey and Connecticut was diminished. Other heightened tax obligations are kicking in as well. As of July 1, a three-decades-old “mansion tax” in New York State is being boosted in New York City to help pay for improvements to the city’s creaky subway system.

Upward reassessments also are taking their toll, according to Maloney. He said he has a brother whose annual property tax bill more than doubled from $12,000 on his home in Staten Island.

It’s all to the advantage of Florida’s economy and its real estate industry, brokers and developers say. Some tax refugees are moving not only themselves, but their businesses to Florida, or setting up branch offices here.

Theresa Hart, who works for Florida Premier Realty, said she thinks Palm Beach County “is the next hot spot for out-of-state investors.”

“Any time you tax something, you’ll sell less,” said Josh Dotoli, of Compass Florida in Fort Lauderdale. “The idea of increasing the mansion tax is going to slow down an already sluggish (New York) real estate market. The impact on South Florida will be positive for sure.”

Some northern states say they’re feeling the pain. New Jersey reported a 35 percent decline in income-tax revenue for December 2018, according to the Wall Street Journal, and blamed the drop on tax policy. And New York Gov. Andrew Cuomo complained in February that the policy change was a “diabolical maneuver” to help red states “at the cost of blue states.”

Ed Jahn, senior vice president at Kolter, which is building the luxury 100 Las Olas high rise in downtown Fort Lauderdale, said he is seeing a stream of customers from New York, New Jersey and Massachusetts. People who previously were coming to Florida to buy a second home are now looking for primary residences, he said.

“We already had a lack of a state income tax, which is a huge benefit,” Jahn said. “This just helps to drive more people because they are being taxed out of their states.”

He said recent customers have included a pilot, a cleaning business operator who is starting a branch operation in South Florida and a financial markets professional who divides his time between Florida and New York.

“They live in upstate New York and they are going to be establishing a residence down here,” Jahn said. “With technology today, he is able to do his job without being right there in New York.”

“We’re selling more than one property a week to buyers who are trying to escape high taxes,” he said. “In the financial industry we’re seeing a lot in that community. If you’re a hedge fund manager, you just pick up your laptop and move.”

Some state governments have taken to auditing the travels of homebuyers who leave for Florida and other states, but still commute back to their original states for work purposes.

The reason is simple: With every move out of town, the high-tax states are losing revenue. Now, they’re trying to keep outbound money at home by proving that tax refugees spend enough time in their original states to still qualify as residents who can be taxed.

“New York is now trying to zero in on people who have moved and still go back to the state to work,” Shuffield said.

“The governor of New York has become our best salesperson because he’s complaining about how much more it costs to live there,” he added.

One client, he said, told him another state sought to audit his country club records “because they were trying to see how many days they were eating” at the club.

And according to CNBC, New York conducted 3,000 “non-residency” audits annually between 2010 and 2017, collecting $1 billion in taxes. It is also examining “cellphone records, social media feeds, and veterinary and dentist records” to verify where people actually call home.

Northern residents aren’t the only ones looking toward Florida.

Well-heeled but tax-strapped California residents who shoulder personal rates that exceed 12 percent are looking east — and the destination is not their traditional landing spot of Nevada, but Florida.

“Nevada has long been the recipient of those California refugees,” said Greg McBride, chief financial analyst for BankRate.com in Palm Beach Gardens. “And more recently, Texas, because they also have no state income tax. Florida certainly holds that same appeal for Californians seeking warm weather, reasonable property values and a reduced tax burden.”

’You see high-income professionals whether it’s lawyers or (people) in the financial business,” he added. “They’re people who made a nice living, and now they want to preserve their wealth a little better.”