Tracking the Tropics: May 15

An area of low pressure that could become our first named storm of the season will stay off the coast of Florida and produce mostly coastal rain and choppy surf.

ORLANDO, Fla. - A tropical disturbance has a high chance of developing into the first named storm of the 2020 hurricane season, which officially starts on June 1.

Satellite data and surface observations on Friday evening indicated that the trough of low pressure located over the Straits of Florida has generally changed little. This system continues to produce a large area of disorganized shower activity and gusty winds across the Florida Keys, portions of southeast Florida, and the northwestern Bahamas. The gradual development of this system is still expected.

"The National Hurricane Center is saying that this will get better organized especially as it gets over toward the northwestern Bahamas," said FOX 35 meteorologist Kristin Giannas. "Then it will likely strengthen into a tropical or subtropical storm. There's an 80% chance of that happening over the next 48 hours."

If it does develop further, the storm would be named Arthur.  The good news is that the center of circulation will be staying away from Central Florida. 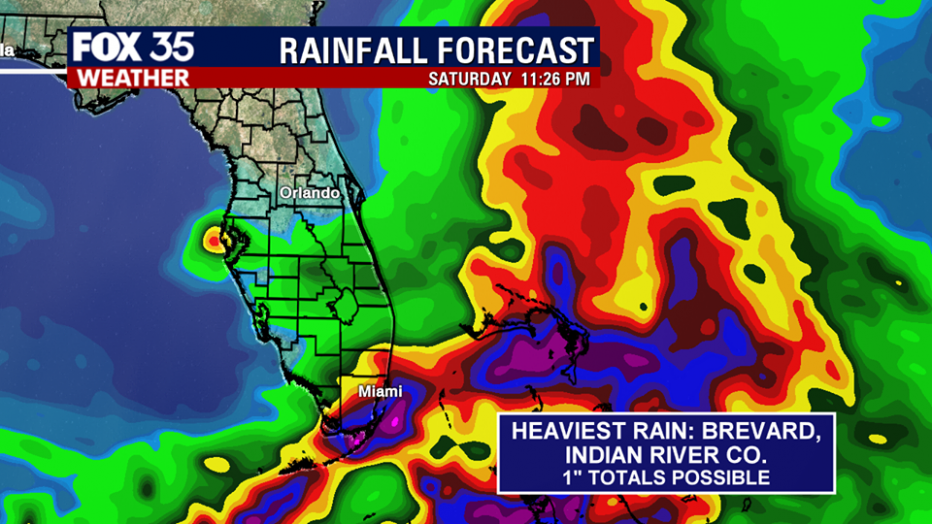 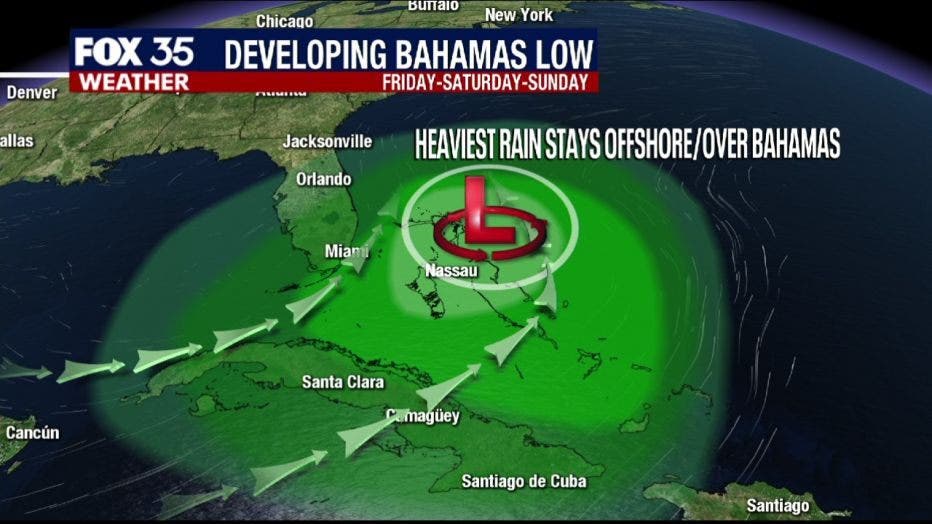 Hazardous marine conditions are expected along the east coast, where a "Gale Warning" is in effect from Jupiter Inlet to Sebastian Inlet. A small craft advisory is also in effect, from the Flagler Beach to Sebastian Inlet, until 10:00 AM Sunday. Northeast winds around 30 mph, with gusts around 40 mph are possible; conditions hazardous to small crafts.

Meanwhile, Central Florida's rain chances on Friday are around 30 to 40%. Scattered showers could be pushing on shore, and riding in on the wind out of the east. That will be picking up through the afternoon.

Download the FOX 35 Weather App as we track this development. We will update you with daily forecast reports, weather alerts, and more.