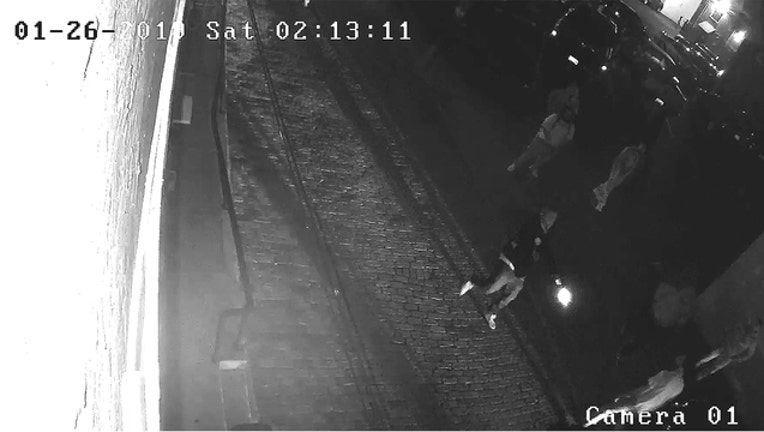 ORLANDO, Fla. (WOFL FOX 35) - Authorities are asking for help from the public in identifying a vehicle of interest in a shooting incident in Orlando over the weekend that left one dead and two injured.

It happened early Saturday, around 2:15 a.m., following an altercation in the parking lot of 320 N. Magnolia Ave.

Video released on Wednesday shows Keveon Smith, 22, was talking with two other people before being sucker-punched by another man from behind. Smith begins to run away and three suspects -- including the man who punched him, a second man in a light-colored jacket and a third with long dreadlocks -- opened fire on him.

Smith was found unresponsive in narby parking lot and taken to a hospital where he was pronounced dead.  Two other victims were found shot in front of Club Lit on Orange Ave., with non-life-threatening wounds.

The vehicle of interest in this case appears to be a black Volkswagen Passat.  Anyone with information is asked to call Crimeline at 407-423-TIPS (8477).