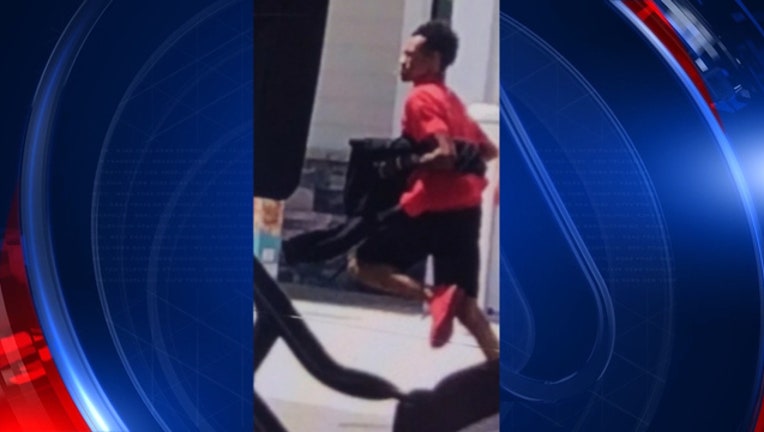 TITUSVILLE, Fla. (FOX 35 ORLANDO) - Titusville Police say the man who ran from two hit-and-run crashes with a shot gun has been arrested. He has been identified as 30-year-old Joshua Baker.

On Monday, police say Baker hit two cars on US 1 in downtown Titusville and didn’t stop. After his car became disabled, they say he grabbed a gun out of his trunk and ran.

That led to a massive search. Cops didn’t find him but they were able to distribute a picture of Baker snapped by a quick thinking witness.

“We were able to positively identify him within hours after that picture went out on social media and the news,” said Titusville Police Deputy Chief Todd Hutchinson.

On Thursday – they got a call from Cocoa Police about Baker.

“Cocoa Police notified us that he fled from an officer after an attempted traffic stop. He fled on a motorcycle. We went down there and we were able to interview him after they were done with their case,: Hutchinson explained.

Investigators say Baker told them he was running with a shot gun. On top of that, officers say they found a bullet proof vest in the car he ditched, along with blue and red LED lights.

“Were gonna do an intelligence bulletin out to other agencies to find out if he could have possibly been involved in any type of impersonating an officer case,” Hutchinson said.

Jail records show Baker was arrested by the Brevard County Sheriff’s for fleeing and eluding an officer just before the Titusville incident.