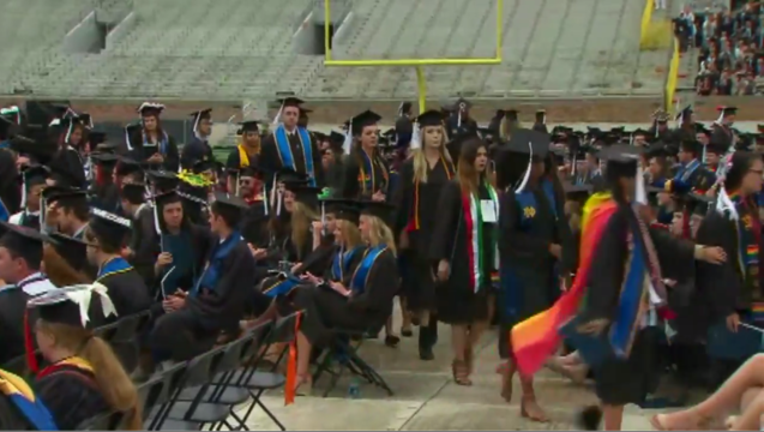 NOTRE DAME, Ind. (FOX NEWS) - Dozens of students marched out of their own graduation ceremony as Vice President Mike Pence took the stage at the University of Notre Dame.

As an administrator finished introducing Pence, several students got up and walked out before the vice president could begin speaking.

Seconds before the students walked out, the administrator said that people could disagree with Pence's politics, but still respect him as an official.

"Even those who disagree with Mike Pence recognize him as a man of principle. I do as well," said the administrator.

You can read more at FOX NEWS.