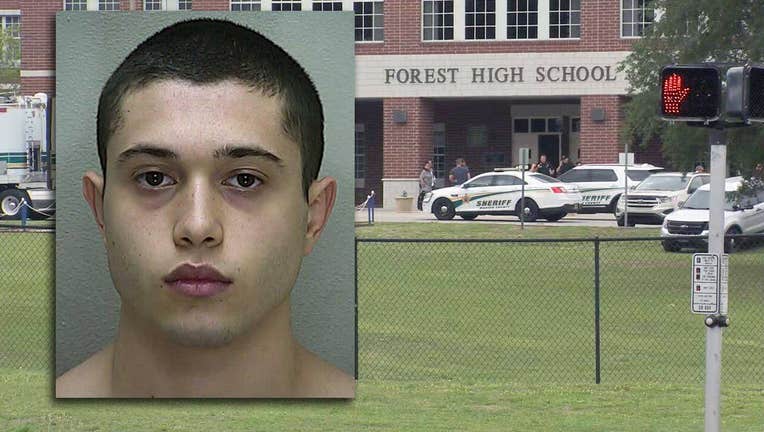 OCALA, Fla. (AP) - A student who was injured in a 2018 shooting at a Florida high school is seeking more than $30,000 in a lawsuit filed against the school district.

Officials said Sky Bouche brought the gun to school in a guitar case and armed himself in the bathroom before shooting into a classroom.

He pleaded no contest in 2021 and was sentenced to 30 years in prison.

The gunshot hit Evan Ekenroth, who was then 17, in the lower legs. The lawsuit, filed by Joe Scapa of Dan Newlin Injury Attorneys in Orlando, claims Ekenroth suffered scarring and mental anguish.

School district spokesman Kevin Christian told the newspaper the district does not comment on pending litigation.

The lawsuit claims the school district failed to implement proper security measures and did not keep non-students from accessing the school’s parking lot and the main building.

Four days after the shooting, the school board approved $224,000 to pay for 34 new resource officers to protect elementary and charter schools for the rest of that school year, the Ocala Star-Banner reported. Voters later approved a tax referendum to provide more teachers and to pay for security at the district’s 50-plus schools.