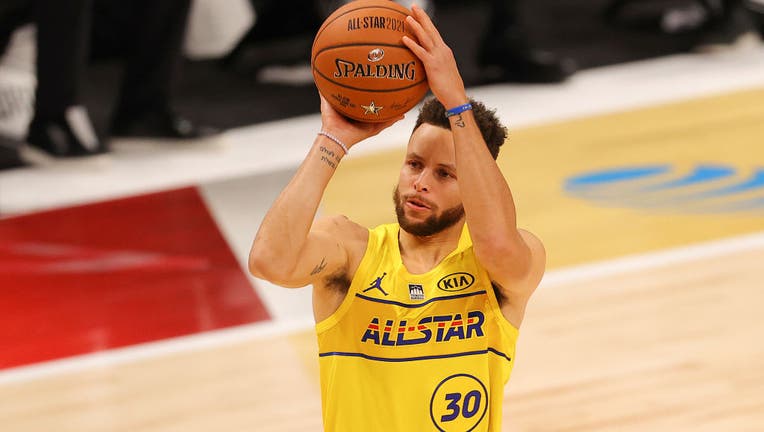 ATLANTA, GEORGIA - MARCH 07: Stephen Curry #30 of Team LeBron attempts a three point basket against Team Durant during the second half in the 70th NBA All-Star Game at State Farm Arena on March 07, 2021 in Atlanta, Georgia. (Photo by Kevin C. Cox/Get

ATLANTA - Stephen Curry shot his way to another 3-point title and Domantas Sabonis made sure the Skills Challenge still belongs to the bigs.

Curry, the Golden State Warriors superstar, provided a dramatic preview for his seventh All-Star Game appearance when he sank his final 3-pointer to edge Utah’s Mike Conley for the title on Sunday night. Curry also won the 3-point content in 2015.

Conley had the lead with 27 points before Curry was the final shooter of the contest. Curry had 26 points before sinking his final shot from the corner for 28 points and the win.

"I could hear the temperature rise a little bit," Curry said of the reaction from the small crowd allowed in State Farm Arena.

"It was some awesome competition," Curry said. "I’m glad I got it done."

After a runner-up finish to 2020 Skills Challenge winner and fellow big man Bam Adebayo of Miami, Indiana’s Sabonis returned to win the title.

The 6-foot-11 Sabonis did not miss a pass or 3-point shot in elimination wins over Julius Randle of the New York Knicks and Luka Doncic of Dallas in the test of passing, ball-handling and shooting ability. Doncic fell behind by missing in his first two tests of his passing accuracy.

Sabonis beat Orlando’s 7-foot Nikola Vucevic in the matchup of big men for the skills title. Each missed two 3-point shots before Sabonis sank his third attempt and then clinched his fist in victory.

"It was fun," Sabonis said. "I wanted to come out and make sure I got it done this time."

Curry had 31 points in the first round to lead the contest. Also advancing were Jayson Tatum, with 25 points, and Conley, with 28.

Tatum led off the final round with 17 points while making only one shot from the "money ball" rack. Conley nearly duplicated his first-round total and it appeared it might be enough until Curry solidified his reputation as one of the top shooters in NBA history.

Simons showed off his leaping ability and creativity to beat New York’s Obi Toppin and Indiana’s Cassius Stanley in the two-round dunk contest that started off with Stanley’s spectacular slam that received a surprisingly low score.

The 6-foot-3 Simons soared, almost kissing the rim, on a powerful right-handed jam to beat Toppin in the final. Simons puckered his lips as if kissing the rim, even though he was a few inches away.

"I tried to get close enough so obviously I wouldn’t hit my head on the rim too hard," Simons said, before acknowledging he has never "actually kissed the rim" in practice.

"I had to commit to it," Simons said.

Simons also paid tribute to a former star by wearing Tracy McGrady’s jersey on a jam that earned a score of 49 to earn his spot in the final.

"He was my hero growing up, so I wanted to honor him as well," Simons said.

There was some early controversy when Stanley’s first dunk, a left-hander after he moved the ball between his legs in the air, scored only 44 points. Toppin then scored a 48 on a two-handed reverse.

On Simons’ first dunk, he positioned the ball even with the top of the square above the rim. He then showed off his leaping ability by grabbing the ball for the jam which earned 46 points.

"I just wanted to show I could jump up pretty high and be creative, so it was fun," he said.

Toppin also showed creativity, jumping over his father, Obadiah Toppin, and teammate Julius Randle on a dunk which earned 46 points.

In the final, Toppin took off from near the free-throw line, inspiring comparisons to Wilkins’ winning form while with the Atlanta Hawks. 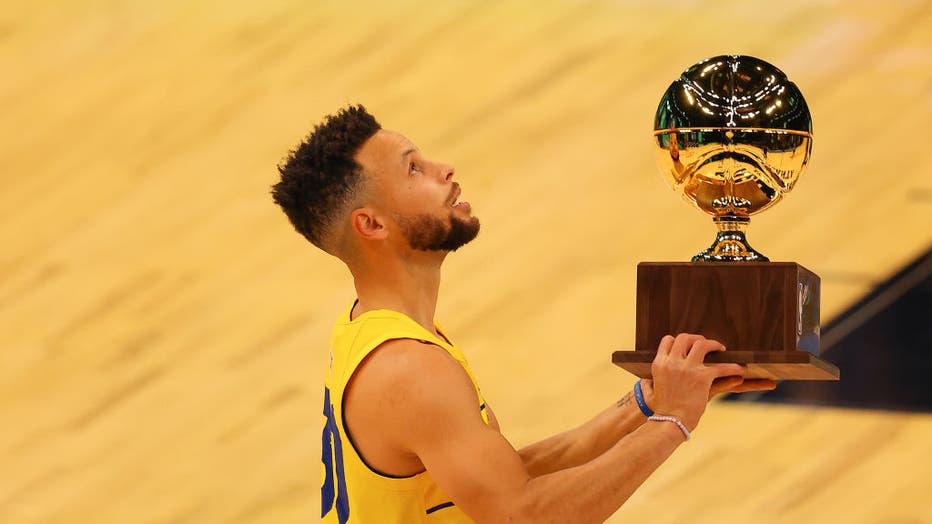 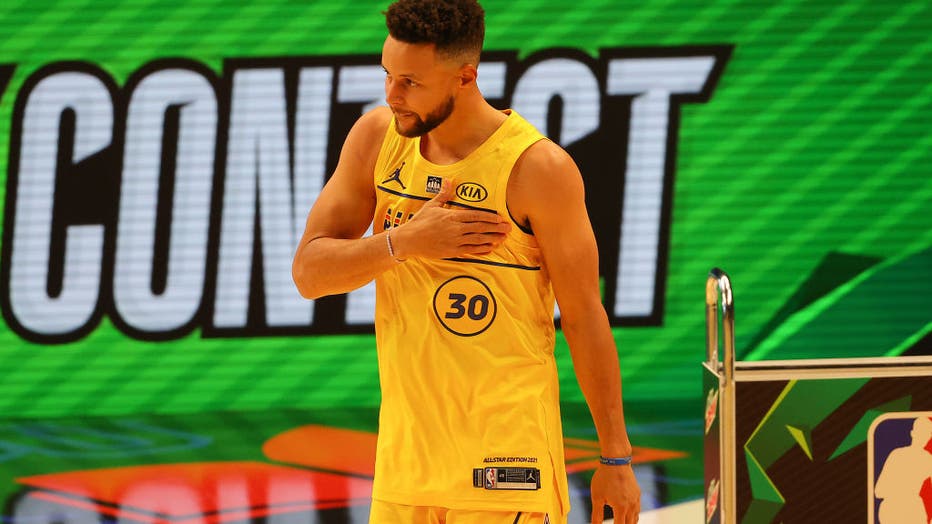 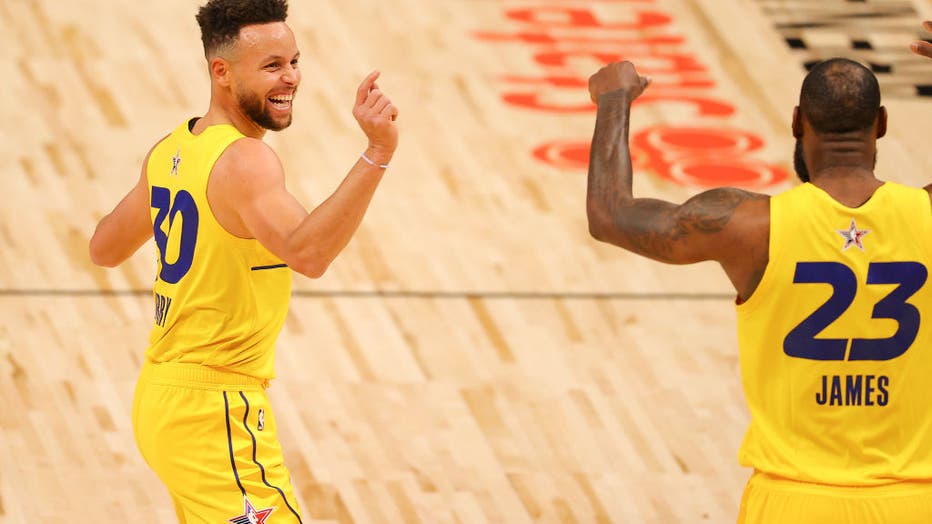 ATLANTA, GEORGIA - MARCH 07: Stephen Curry #30 and Lebron James #23 of Team LeBron react during the first half against Team Durant in the 70th NBA All-Star Game at State Farm Arena on March 07, 2021 in Atlanta, Georgia. (Photo by Kevin C. Cox/Getty I