AUBURN HILLS, Mich. - Stellantis is recalling nearly 20,000 plug-in hybrid minivans over a potential fire risk and urged owners of the affected vehicles to stop recharging them.

The recall covers model-year 2017 and 2018 Chrysler Pacifica Hybrids, impacting an estimated 19,808 minivans, the automaker said. No other Pacifica models are affected.

"A routine company review of customer data led to an internal investigation that discovered 12 fires among model-year 2017 and 2018 vehicles," Stellantis said in a statement dated Feb. 12. "All were parked and turned off, while eight were connected to chargers."

The company said that owners of these hybrid vehicles should refrain from recharging them and park them away from structures and other vehicles "until further notice." Stellantis said it is unaware of any related injuries or accidents.

Stellantis, formerly Fiat Chrysler, said it is working to confirm the cause of the fires. Once a remedy is developed, it will be provided free of charge to impacted customers — who will be advised when they can schedule service. 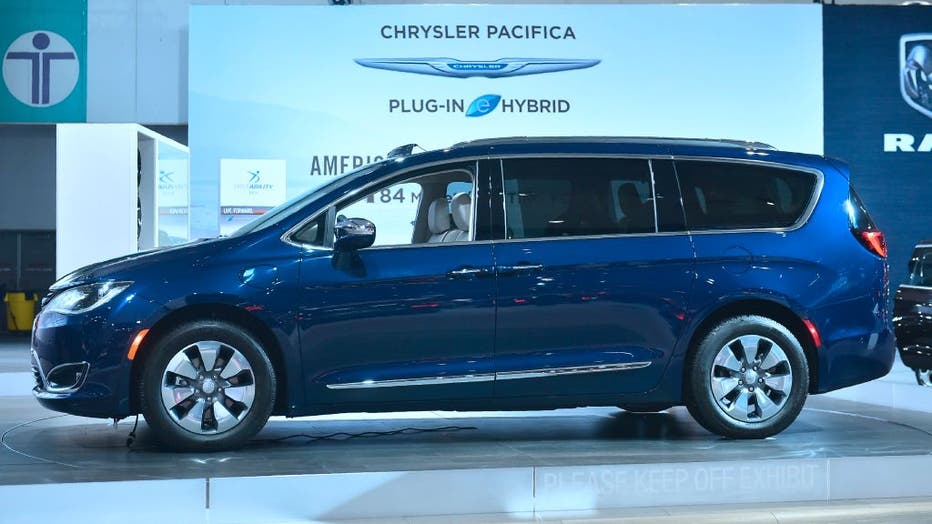 The automaker said it will contact customers if their vehicles are affected by a letter in the mail, which is expected to be sent in February.

Earlier this month, Stellantis recalled nearly 202,000 Ram heavy-duty pickups and chassis cabs to tighten a loose nut that can stop the windshield wipers from working properly.

The U.S. National Highway Traffic Safety Administration said in documents posted online that the wiper arms can loosen, possibly causing a malfunction that can reduce visibility. That can increase the risk of a crash, although Stellantis said it knows of no crashes or injuries.

Dealers will tighten the nuts. Owners will be notified by a letter starting on March 18.

Other vehicle recalls have made headlines this month. Hyundai and Kia told the owners of nearly 485,000 vehicles in the U.S. to park them outdoors because they can catch fire even when stopped. The automakers said contamination in the antilock brake control module can cause an electrical short.

Tesla also recalled some 54,000 cars and SUVs because "Full Self-Driving" software lets them roll through stop signs without coming to a complete halt. Tesla said it would send out an online software update to disable the feature.