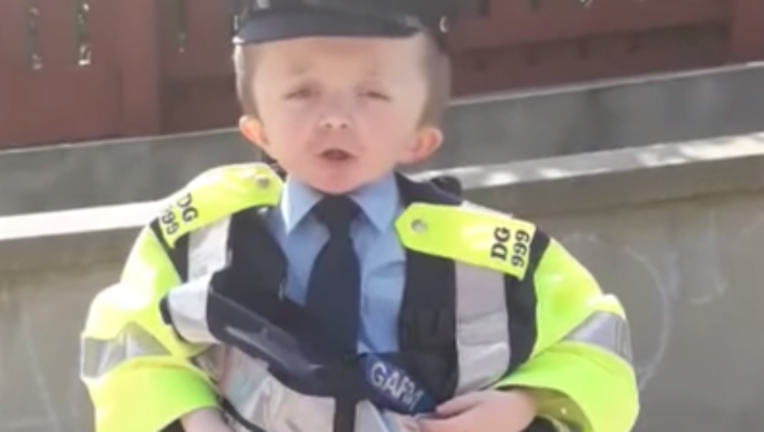 DUBLIN - Nine-year-old Jack Beattie, an honorary sergeant of the Irish National Police Service had a strong message for those still not adhering to social distancing guidelines amid the COVID-19 pandemic: “Stay home, stay safe and save lives.”

Ireland’s National Police Service, otherwise known as Garda Síochána Donegal, meaning “Guardians of the Peace, posted a video of the young boy on their Facebook page with the caption “an important public announcement from Sergeant Jack Beattie who is in isolation!”

In the video, Beattie urges residents to maintain social distancing during the coronavirus outbreak, saying to only make trips “if it’s really necessary.”

Beattie, who suffers from osteogenesis imperfecta, also known as brittle bone disease, was given his uniform two years ago, according to Irish state media outlet RTE.

The Oscar-winning actress showed off her best TikTok dance moves while social distancing.

Thanks to the Little Blue Heroes Foundation, a police non-profit which supports families with children facing long-term illnesses, Beattie has even been given trips to Ireland’s police headquarters in Dublin.

RTE reported that Beattie has unfortunately missed out on his last two birthdays, which are in March, due to surgeries involving his illness. COVID-19 caused him to miss his birthday celebration this year as well.

Luckily for him, after an appeal from his mother on social media, Beattie received over 1,000 birthday cards from around the world this year.