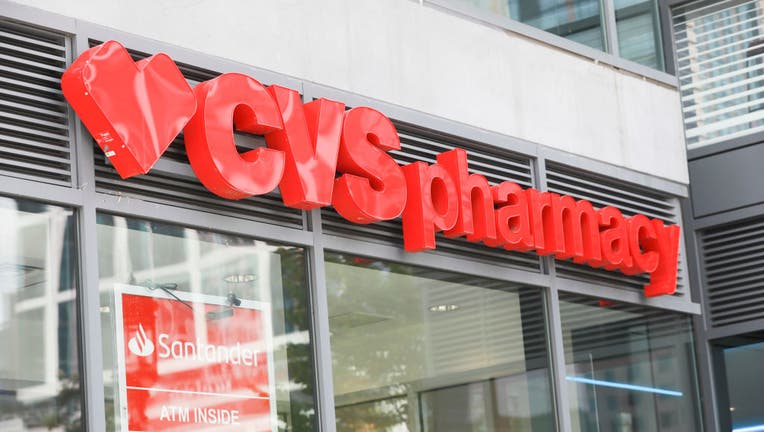 TALLAHASSEE, Fla. - With jury selection scheduled to begin next week in the state’s lawsuit against opioid manufacturers, distributors and retailers, Attorney General Ashley Moody reached settlements totaling more than $870 million with nearly all of the defendants in the case.

The state had already reached agreements totaling more than $1.6 billion with a variety of other companies as part of a nationwide settlement announced last year.

The Pasco County lawsuit, filed by the attorney general’s office in 2018, sought to recoup money the state has spent because of the opioid epidemic.

The lawsuit was filed against manufacturers, distributors and sellers of opioids and included a series of allegations, including misrepresentations about opioid use and filling suspicious orders for drugs. The state later added CVS and Walgreens to the list of defendants in the case.

Under the settlements signed Tuesday, Florida will receive up to $440 million from CVS, with a portion of the money going directly to counties and cities. The funds "must be spent on opioid abatement, including prevention efforts, treatment, or recovery services," according to a news release issued by Moody’s office. More than 240 state "subdivisions" agreed to allocations as part of the deal, the release said.

Drug manufacturer Teva’s settlement will steer $177 million to the state, including money that will be given to cities and counties. In addition, Teva has agreed to give the state $84 million worth of the company’s anti-overdose drug, generically known as naloxone hydrochloride.

RELATED: Project Opioid warns of overdose spike due to fentanyl

Also, pharmaceutical company Allergan agreed to pay up to $122 million to the state, also to be spent on opioid abatement efforts.

"The marketing, the distributing, these practices that led to where we are today cannot happen again in the future. So, stopping that behavior was just as much a part of this litigation as was ensuring that we could mitigate the harm to Florida through any monies recovered," Moody told The News Service of Florida in an interview Wednesday.

The settlements, which will be paid in increments over the next 14 years, are intended to "fully, finally and forever resolve, discharge and settle" any "past, present or future" claims against the companies by the state or any of its subdivisions, the agreements said.

The companies denied wrongdoing in the agreements, which said "the parties have each considered the costs and delays and uncertainty associated with the continued prosecution and defense" of the state’s lawsuit and other claims.

Florida in July was one of 14 states that negotiated agreements with distributors AmerisourceBergen, Cardinal Health and McKesson and manufacturer Johnson & Johnson. Florida is slated to receive up to $1.6 billion from the companies.

Moody’s office in February announced that Florida would receive $40 million as part of a $573 million settlement between McKinsey & Co. and dozens of states because of the global consulting giant’s alleged role in the opioid epidemic.

The state also could get a share of a multibillion-dollar bankruptcy plan filed by Purdue Pharma, the maker of OxyContin. The plan has not been finalized.

Moody’s office on Wednesday also said it had finalized a $65 million settlement, first announced in January, with Endo Pharmaceuticals.

But hours after the attorney general’s announcement, the Sarasota County Public Hospital District and Lee Memorial Health System filed an emergency motion seeking to intervene in the state’s lawsuit and asking Byrd to stay approval of the Endo settlement. The public hospital systems in Sarasota and Lee counties were among five Florida hospital districts that have filed lawsuits against opioid manufacturers, distributors and wholesalers.

Endo’s settlement with Moody "purports to release the claims of the intervening hospital districts against Endo even though the districts have had no involvement in the negotiation of the agreement and are not signatories to it," lawyers for the Sarasota and Lee health systems wrote in the motion.

"Although the Endo settlement agreement provides for Endo to pay $65 million to the state in exchange for these releases, it is unclear whether a single cent will be allocated to the intervening hospital districts," the motion said.

In 2020, Florida ranked second in the nation, behind California, in the number of drug overdose deaths. In earlier years, it grappled with "pill mills" that drew drug users from throughout Florida and other states.

The trial, which will take place in New Port Richey, is scheduled to start April 11. Byrd on Friday denied a request by Walgreens to put the trial on hold while it appeals a decision rejecting the drug company’s motion for summary judgment concerning a 2012 agreement between Walgreens and the state Department of Business and Professional Regulation.

Walgreens and the state have squabbled for two years over production of records in the lawsuit.

Byrd in December ordered Walgreens to hand over documentation about the company’s profits on sales of opioid drugs in Florida for the past 25 years. Lawyers for Moody filed a motion in November seeking sanctions against the retail chain for making "misrepresentations in sworn testimony and in proceedings before this court" about profits the company made from the sales of opioids.

After Walgreens maintained that it did not have records of its profits from the sales of opioids, Byrd three times ordered the company to provide documents that would allow the state to calculate the revenues.