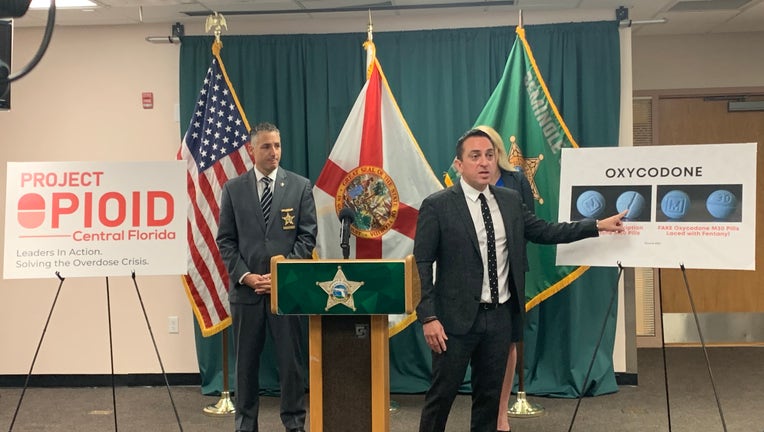 SEMINOLE COUNTY, Fla. - Officials are a calling it the deadliest drug in Central Florida's history and the future could look even worse according to new numbers by Project Opioid.

"Drug dealers have recognized that fentanyl is the most profitable and powerful drug in the history of our community," said founder Andrae Bailey.

The doctor who put the report together says that between March 2020 and March 2021 there have been 51 overdose deaths a month in Orange, Seminole and Osceola counties. That is more than one death a day and a 28-percent increase from the year before.

"Its hard to imagine that each one of these lines that I get in an excel document is someone’s life lost," said Dr. Kendall Cortelyou-Ward, an associate professor at the University of Central Florida.

"Fentanyl, fentanyl it is in every in every drug. It's being mixed with different kinds of drugs," she said.

Project Opioid Central Florida aims to bring together community leaders to educate and develop solutions to fight the overdose crisis. Seminole County Sheriff Dennis Lemma is a co-chair. He says in his county alone there have 748 over doses since January 1.

The sheriff wants to put the overdose reversing drug in the hands of more people to help. He also says there needs to be harsher penalties for drug dealers.

Project Opioid says while the pandemic may have accelerated the problem, there are still things to address.