State notifies 6,300 people who got vaccinated at Coliseum about less-than-recommended doses

OAKLAND, Calif. - The California Department of Health on Monday told KTVU that they are notifying about 6,300 people who got vaccinated at the Oakland Coliseum over a span of two days that they received a less-than-recommended dose of the Pfizer vaccine.

The number of people and time period is greater than KTVU originally reported last week, when two EMTs came forward regarding the underdosing.

The Health Department said that investigators found that between Feb. 28 at 4:30 p.m. and March 1 until 3 p.m., roughly 6,300 people "may have received slightly less than the recommended dose."

The EMTs has said they were only aware of the dosing issue on March 1.

However, Department of Health spokeswoman Ali Bay stressed that despite this finding, no one who received a less-than-optimal amount of the vaccine needs to do anything other than making sure they get the second shot.

The Health Department will be emailing everyone on Monday or sending them a letter by mail if necessary. 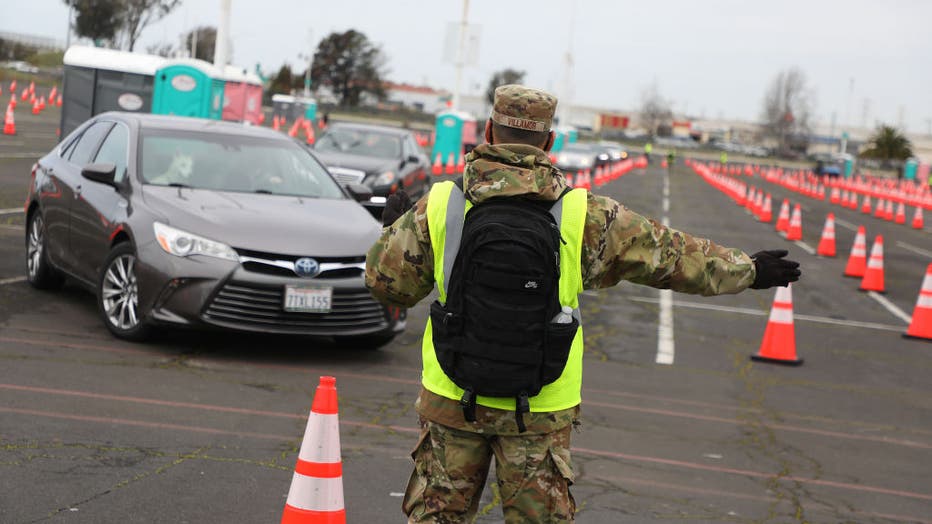 While the recommended dose of the Pfizer COVID-19 vaccine is 0.3 mL, the Centers for Disease Control has determined that any dosage of 0.15 ml or larger is safe and does not require the dose to be repeated to protect people against COVID-19.

In this instance, some people may have received a dose of 0.22 ml, which is still "well within the range outlined by the CDC," Bay said in an email.

The lower dosage was a result of being shipped a new type of syringes from Pfizer, state officials had said. These syringes don't push out all the medicine, which the healthcare staff didn't originally see and figure out until later on.

The dosing difference was corrected by on-site staff on Monday afternoon, and the California Department of Public Health has implemented additional training and quality assurance steps as a preventative measure.

Several infectious disease experts also concluded that a slightly smaller amount shouldn't cause any harm or reduce the efficacy all that much.

The California Office of Emergency Services had also told KTVU that Pfizer told them that even if a person gets half the amount of the recommended dosage, they should be fine.

But later, Cal OES put out a confusing message to other media outlets, saying that "neither the state of California nor FEMA are aware of any instance of even a single individual being under-vaccinated on the Oakland Coliseum site."

Many people expressed their fears directly to KTVU following the report, and several also reached out to Dr. John Swartzberg, UC Berkeley public health clinical professor emeritus of infectious diseases and vaccinology. They all said they were concerned that the vaccines they received wouldn't work.

Swartzberg noted how emotional an issue this is for people who have been shuttered in their homes for nearly a year. He, too, got tears in his eyes when he got vaccinated recently.

And while he didn't like that people felt panicked, he also said it was important for the government and scientists to be transparent, so that people can make informed decisions about their own health.

James Schaefer got vaccinated on March 1 and only found out about the underdosing issue by reading KTVU.

"I felt cheated that I went to all this trouble and I didn't get the right amount," he said. "I just happened to see this on the internet. How else would I have known? I wish they had done their due diligence and gotten it right the first time."