If someone is arrested for resisting an officer in a non-violent way, State Attorney Aramis Ayala says they should not be prosecuted During recent Black Lives Matter protests, Ayala said many were charged with resisting an officer without violence, a first-degree misdemeanor punishable by up to one year in jail or one year of probation, as well as $1,000 in fines.

ORANGE COUNTY, Fla. - In response to demands for change, State Attorney Aramis Ayala is leading the charge on a new diversion policy that she said she hopes will cut down on discrimination and people landing in the system unnecessarily.

During recent peaceful protests, she said many people were charged with resisting an officer without violence.

“We have consistently heard that some members of law enforcement – they use this charge as a weapon when people don’t immediately respond to their commands or if they ask too many questions before complying,” Ayala said.

Effective immediately, suspects will have the opportunity to watch a video to get charges of resisting arrest dropped.

“A video that will provide education on the law and insights into the dangers associated with violating this law and resisting an officer’s lawful command,” Ayala said. 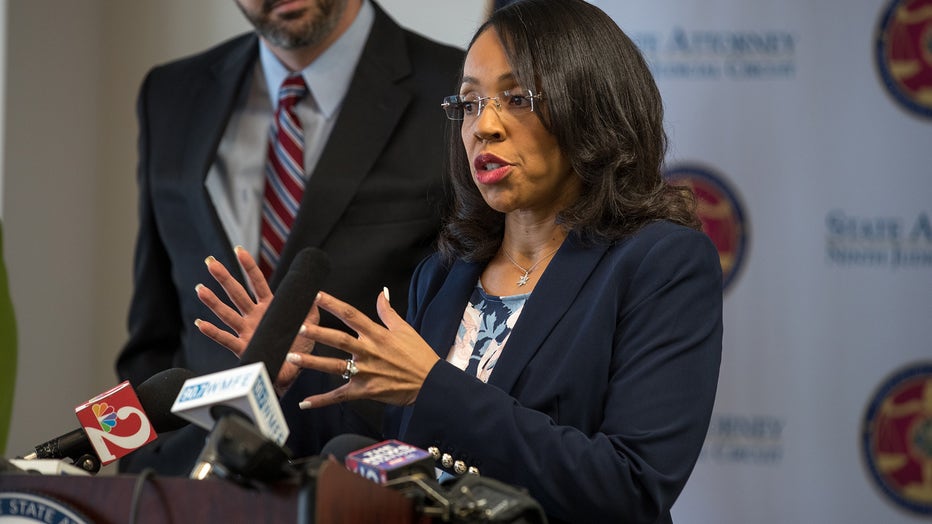 Currently, suspects found guilty of resisting an officer without violence can serve up to a year in jail or probation and a $1,000 fine.

“Right here in Orange County over the last year alone, blacks or African Americans have made up nearly 63 percent of all standalone resisting cases,” she said. “Even though they only make up 22 percent of the population.”

With this new policy, she said she expects to see those numbers go down.

In a statement from Orange County Sheriff John Mina, he said, “these decisions should be thoughtful and carefully considered by all members of the law enforcement community and their stakeholders. I am extremely concerned this action will cause confusion in our community. People should know it is still a violation of the law to refuse to follow the instructions of law enforcement.”

The new diversion policy does not change the law or impact an officer’s ability to make an arrest, but it changes how prosecutors pursue those cases.