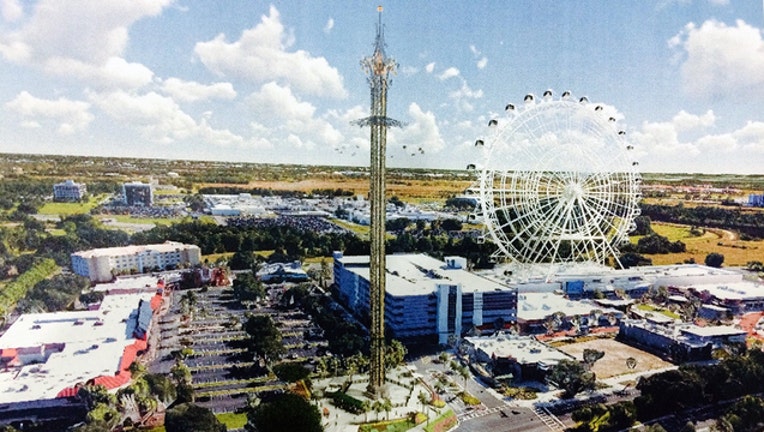 ORLANDO, Fla. (WOFL FOX 35) - Another new thrill ride is set to open along International Drive in the coming weeks.  Originally slated for a May 11 opening, the date has now been pushed to June 1.

The StarFlyer is a spinning swing that will stand over 400 feet tall, seat 24 riders in 12 double seats, spinning at 40-60 miles an hour -- sickness bags not included.

This StarFlyer will be the tallest in the world, says the developer of the attraction, Orlando-based Unicorp National Development Inc. The StarFlyer is located at The Vue at 360 complex, which is near another one of Unicorp's properties, I-Drive 360, home to the 400-foot-tall Orlando Eye.