FOX 35 meteorologist Jayme King takes a look ahead at the weather to expect on launch day.

Weather conditions are improving for Wednesday's crewed SpaceX launch from Kennedy Space Center, as they are 60 percent favorable for liftoff.

NASA and SpaceX will launch the first astronauts since the retirement of the space shuttle program in 2011 on May 27 from launch pad 39A at Kennedy Space Center.

On Thursday, SpaceX tweeted that additional pre-flight checkouts of the Falcon 9 rocket, the Crew Dragon capsule, and the ground support system were underway.

They also said that weather conditions for the launch are at 60 percent favorable.

He says that there will definitely be some rainfall, but showers and storms seem to be backing off in the afternoon hours. The real question that remains is how close the rainfall will come to launch time at 4:33 p.m.

With that said, Wednesday is expected to have mixed skies, with the sun peaking through some. Winds will be fairly light, between five to ten miles per hour. 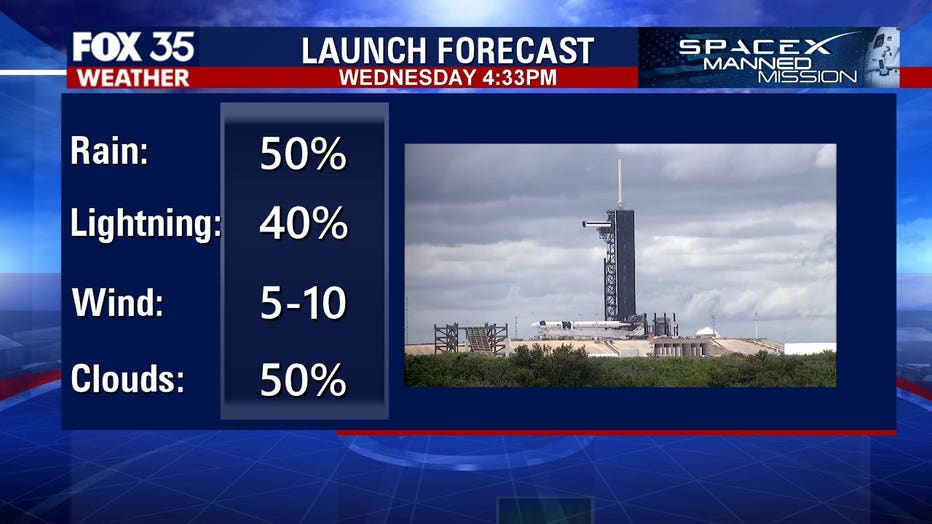 When the launch happens, you can watch it live on FOX 35 Orlando. If it happens on Wednesday, special coverage will begin on Good Day Orlando from 4 to 10 a.m. Then at 4 p.m., FOX 35 Orlando will go live from Cape Canaveral to capture the historic liftoff. 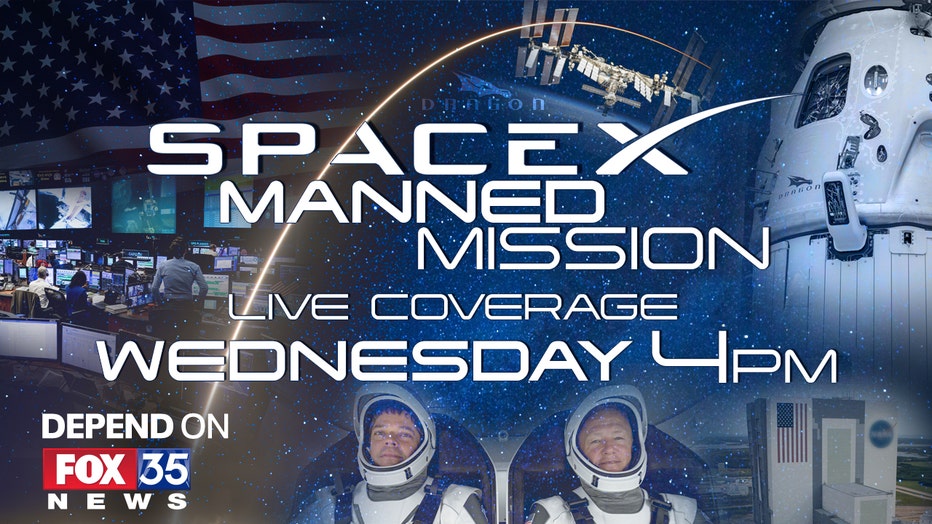