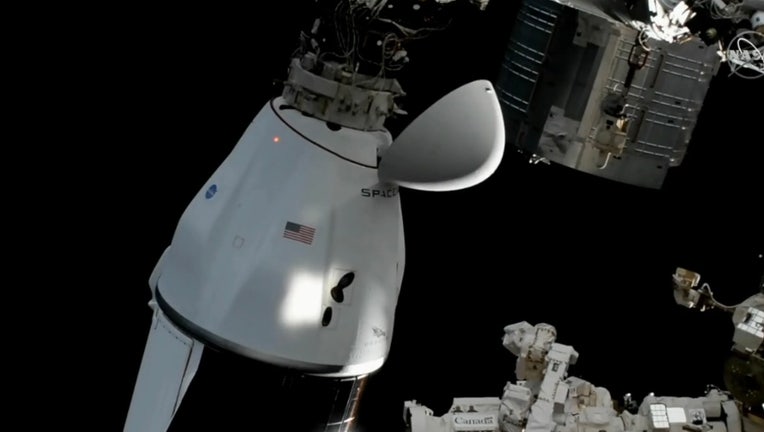 CAPE CANAVERAL, Fla. - The SpaceX cargo Dragon capsule splashed down in the Gulf of Mexico off the coast of Florida south of Tallahassee on Friday night.

SpaceX did not stream the event but the space company confirmed the capsule's safe return to Earth just after 11:30 p.m. It undocked from the International Space Station on Thursday.

The capsule's entire journey back to Earth took approximately 37 hours. It's loaded with experiments.

The SpaceX Dragon was launched on a SpaceX Falcon 9 rocket from Kennedy Space Center on June 3 and arrived at the International Space Station 16 hours later, delivering more than 7,300 pounds of supplies for the crew. Upon its return, it will bring material from multiple scientific investigations conducted in space.

Some of the scientific investigations Dragon will return to Earth include: