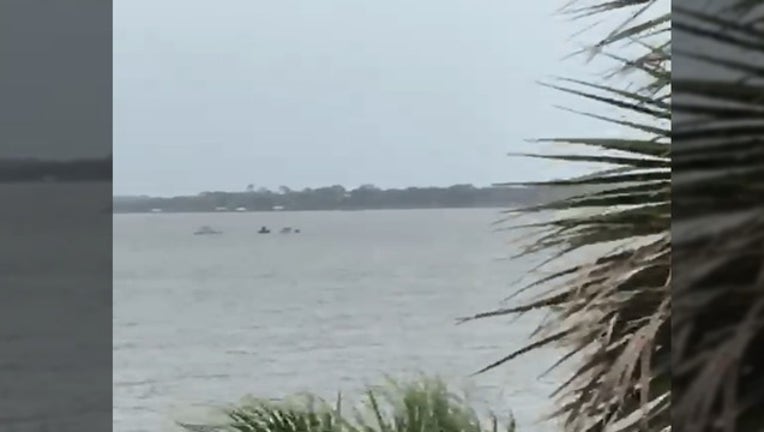 COCOA, Fla. (FOX 35 WOFL) - The Cocoa Police Department reports that six people, including three children, were rescued from a sinking boat in the Indian River Lagoon on Sunday afternoon during stormy conditions.

At 2:48 p.m., emergency dispatchers say that they received a 911 call in which the caller said they were in a 16-ft jon boat and were taking on water.

Officers say that they immediately responded and began to search the waterway. The boat was located in the middle of the channel adrift between S.R. 520 and S.R. 528. The motor lost power during rough conditions and began taking on water.

Police say that the police boat was deployed and headed toward the sinking boat. Several citizens in the area also responded with a jet ski and a pontoon boat. The operator of the jet ski pulled two juveniles off the boat and took them safely to shore.

Florida Fish and Wildlife officers also reportedly responded and took care of the other occupants of the sinking boat. All were accounted for and none were injured. The boat was towed to a safe location.