Experts warn against repeating history due to lack of Holocaust education

A nationwide survey of Millennials and members of Generation Z revealed that young Floridians may lack basic knowledge about the Holocaust.

The survey on Holocaust knowledge, which was done by the Conference on Jewish Material Claims Against Germany, found that the Floridians surveyed had one of the lowest "Holocaust Knowledge Scores" in the nation, which is defined as "1) have 'Definitively heard about the Holocaust,' and 2) can name at least one concentration camp, death camp, or ghetto, and 3) know that 6 million Jews were killed in the Holocaust."

Nationally, the survey found that 63% of the Millenials and Gen. Z people surveyed did not know that 6 million Jews were murdered, with 36% thinking that “two million or fewer Jews” were killed.

"Although there were more than 40,000 camps and ghettos in Europe during the Holocaust, 48% of national survey respondents cannot name a single one," researchers noted.

In Florida, 13% of respondents said that they believed that the Holocaust was caused by Jewish people, 61% did not know that six million Jews were killed, and nearly half could not name either a concentration camp or ghetto.

“It is a shock, and it’s probably going to take us a while to digest it and look into the survey and find out more fine-grained what is actually going on,” said Robert Gellately, a professor of history at Florida State University.

The other states with the lowest Holocaust Knowledge Scores found in the survey were Alaska, Delaware, Georgia, Maryland, New York, Hawaii, Louisiana, Mississippi, and Arkansas. 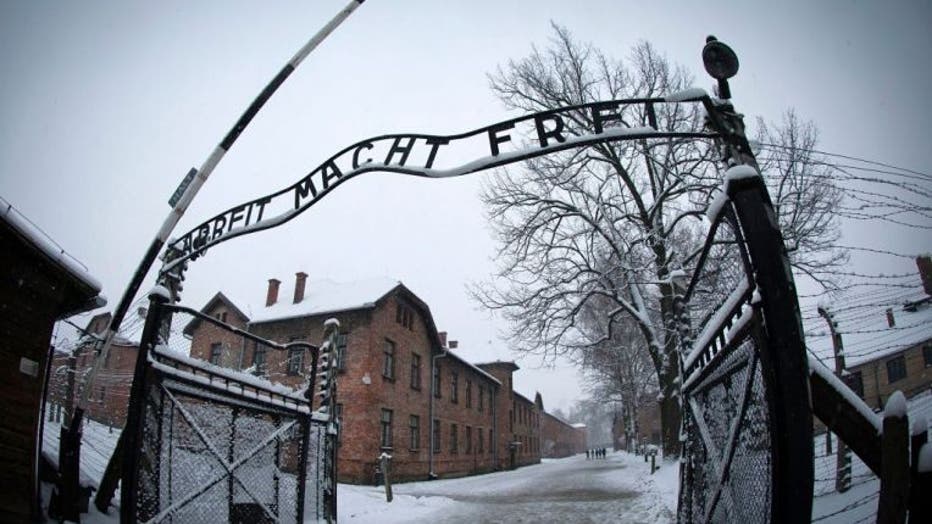 The entrance to the former Nazi concentration camp Auschwitz-Birkenau with the lettering 'Arbeit macht frei' ('Work makes you free') is pictured in Oswiecim, Poland. (JOEL SAGET/AFP via Getty Images)

Researchers said the state-by-state results highlight a "worrying lack of basic Holocaust knowledge," which they said is a growing problem as fewer and fewer survivors are alive to share their eyewitness accounts to the genocide.

“A famous American philosopher said those who don’t know history are condemned to repeat it,” said Gellately, who teaches Holocaust history.

The professor said the alarming gap in education.

“We have this notion at least that the message has long since got out there, but obviously it has not and that tells us we actually have a lot more work to do in outreach than we think,” said Gellately.

And with fewer Holocaust survivors around to share their stories, future generations will depend on comprehensive history lessons.

“It’s incumbent on us to educate ourselves about what happened, and this is one of these crimes against humanity that we just cannot forget,” said Gellately.

Data for the survey was collected from a sample of 1,000 interviews nationwide, with 200 interviews in each state with adults between the ages of 18 to 39.