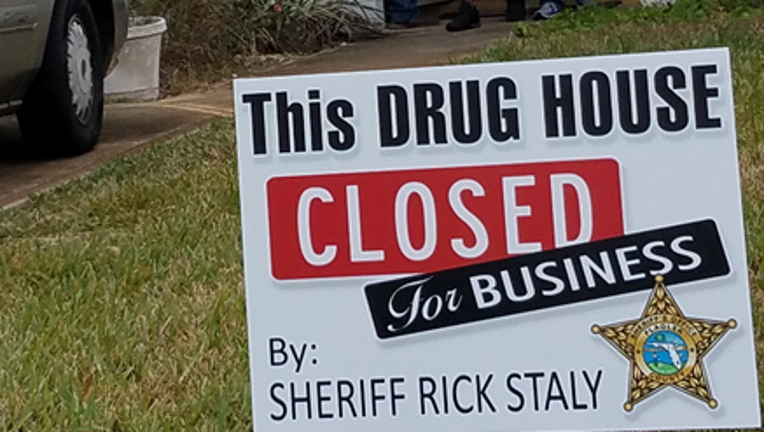 FLAGLER COUNTY, Fla. - A sign stating "this drug house closed for business" was planted in front of a Florida home after residents complained of suspected drug activity for months.

Deputies with the Flagler County Sheriff's Office executed a Narcotics Search Warrant for the home at 7A Buttonwell Lane in Palm Coast on Wednesday. They say citizens reported seeing people coming and going from the home at all hours of the day and night.

During their search, deputies say they seized about a half a pound of marijuana, hydrocodone pills, ecstasy pills, a loaded 9mm handgun (which deputies said was found stashed in the oven), ammo, packaging materials, and $4,000 in cash. 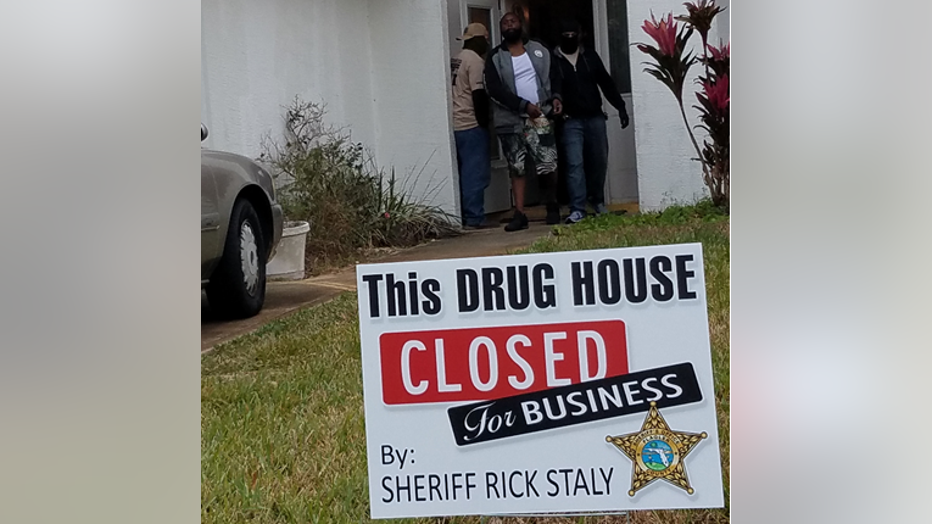 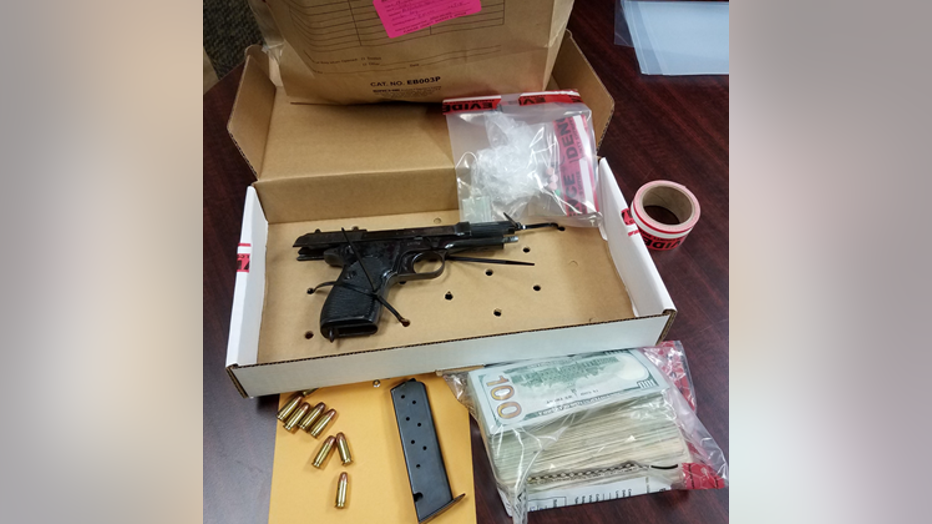 Jarian Rahsaun Webb, 39, was arrested. Deputies say he is a 7-time convicted felon and is prohibited from possessing firearms or ammunition.

“Unfortunately drugs, guns and money go hand in hand,” Sheriff Rick Staly said. “Dealers are often the target of robberies, home invasions, and other violent crimes and their illicit activities draw unwelcomed visitors to nice neighborhoods. Our detectives and the community members who reported suspicious activity did a great job in taking the drugs and this poison peddler off the streets.”

Florida cop shoots self while trying to shoot charging dog