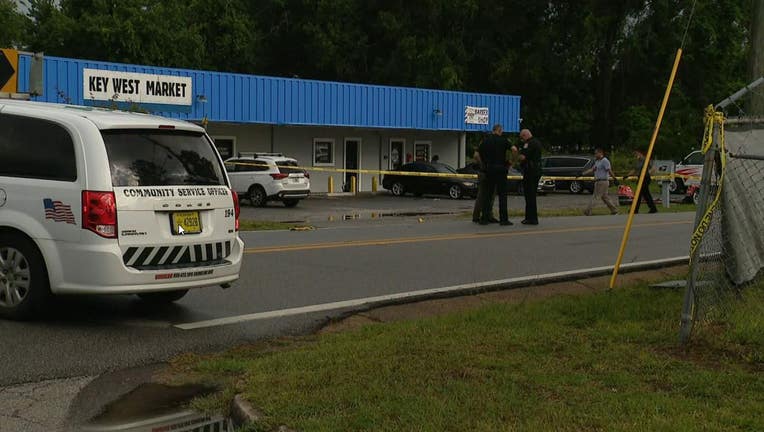 KISSIMMEE, Fla. - Osceola County Sheriff Marcos R. Lopez said one person has died and three people were hurt after an apparent drive-by shooting Friday afternoon outside a market in Kissimmee.

The shooting happened at 3:19 p.m. outside the Key West Market, near Old Dixie Highway and Treemont Street, east of 441, in Kissimmee, Sheriff Lopez said.

He identified the man who died as Jaqwan Dockery, 27. Three others were taken to the hospital.

Sheriff Lopez said the investigation was still active and that deputies were gathering evidence. Details on what led to the shooting or possible suspects were not immediately released.

Detectives are asking for the public's help in identifying any witnesses or suspects in the case. If you have any information, you're asked to call Crimeline at 800-423-TIPS or the Osceola County Sheriff's Office at 407-348-2222.