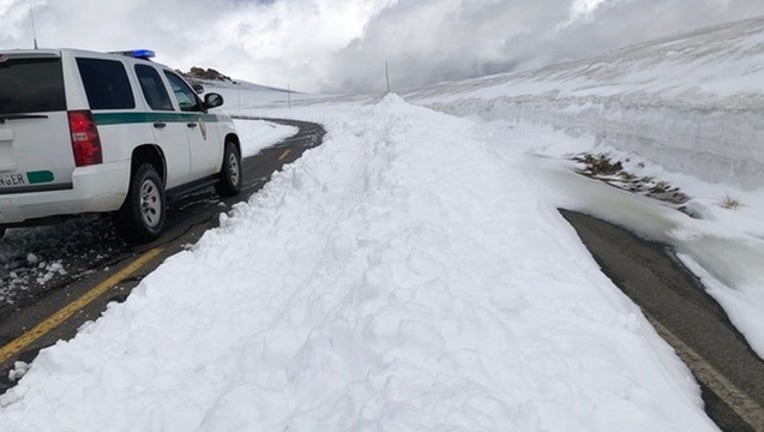 ROCKY MOUNTAIN NATIONAL PARK, Colo. - It may be summer, but it looks like a winter wonderland in Colorado.

The Rocky Mountain National Park posted photos on their Facebook page of snow covering the park's highest peaks. The snow was so tall that it even caused Trail Ridge Road to temporarily close and crews had to clear five-foot snow drifts left behind from the storm.

Just the day before, the Rocky Mountain National Park said that several inches of snow fell.

Meanwhile, Florida is experiencing temperatures in the upper 90-degree range, with a 'Feel's Like' temp between 101 and 105 degrees.