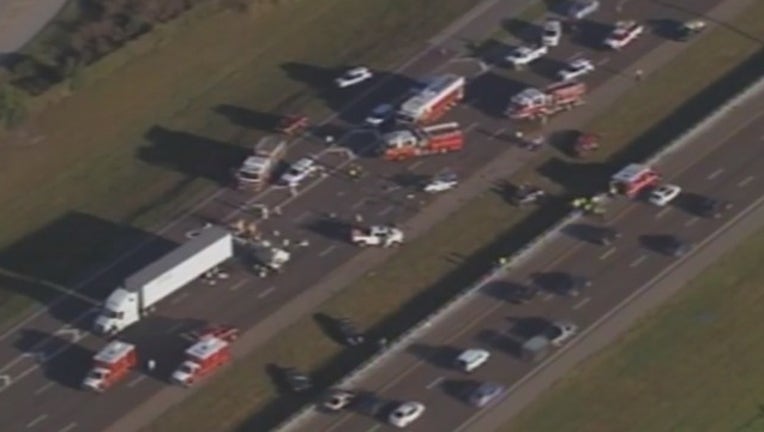 LAKE MARY, Fla. (FOX 35 WOFL) - A seven-car crash shut down the westbound lanes of I-4 on Monday morning near Lake Mary.

Troopers say they were on scene of the crash on Monday morning. The crash took place on the westbound lanes of I-4 near Lake Mary Boulevard. Seven vehicles and a semi-truck were involved. The roadway on I-4 was blocked due to the crash.

There were reported injuries, but no fatal or potentially fatal injuries.

Watch more from the scene below.