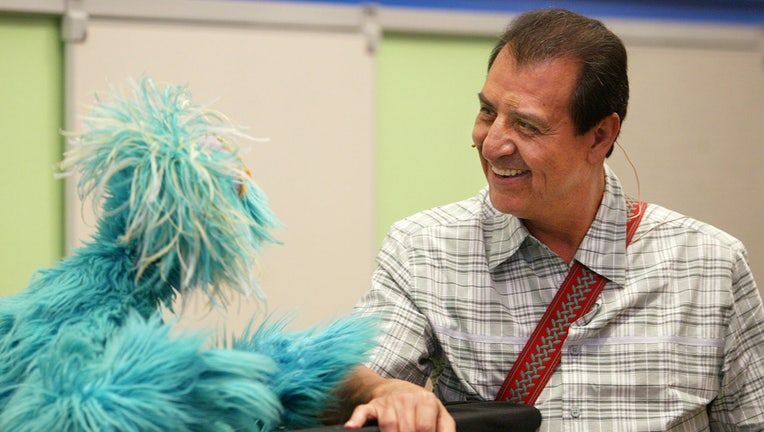 Sesame Street's Luis (R) and Muppet Rosita chat during the introduction of the "You Can Ask!" program June 25, 2003 in New York City. "You Can Ask!" is a program that aims to help identify and deal with stress in children ages 3 to 8, and was funded

NEW YORK - Emilio Delgado — best known for his role as Luis on "Sesame Street" — has died, his representatives have confirmed. He was 81 years old.

"We are saddened by the news of Emilio’s passing. Emilio was an immense talent who brought so much joy and smiles to his fans," Robert Attermann, CEO of A3 Artists Agency, told FOX Television Stations Group. "He will be missed by many and we know his legacy will live on. Our thoughts are with his loved ones, including his wife, Carole."

His wife, Carole Delgado, told The Associated Press that Emilio Delgado died from the blood cancer multiple myeloma at their home in New York.

Sesame Street's Elmo will be adopting a new puppy to teach kids about safe behaviors while owning a pet.

Carol said Emilio was still a working actor right up until the pandemic — playing the lead in "Quixote Nuevo" — a theater production that had a 3-city run before things were shut down.

According to Emilio’s Instagram account, he also recently did some voiceover work in January and participated in a virtual "Sesame Street" meet-the-cast event.

Emilio was a Mexican American actor, who joined the cast of "Sesame Street" in 1971. He played Luis, the Fix-It Shop owner, for 40 years on the beloved show.

As Luis, Delgado,got to play an ordinary, non-stereotypical Latino character at a time when such depictions were few and far between on TV, for adults or children.

"There really wasn’t any representation of actual people," Delgado said in a 2021 interview on the YouTube series "Famous Cast Words." "Most of the roles that I went out for were either for bandits or gang members." 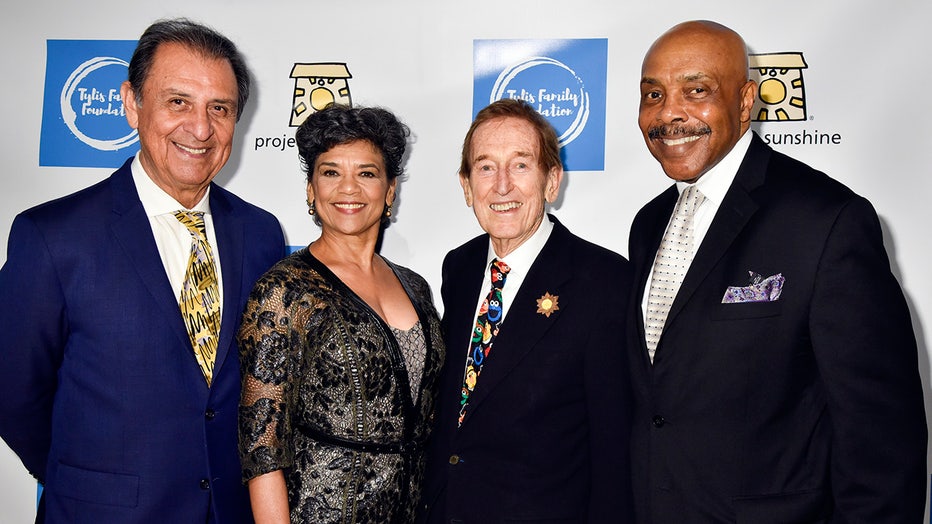 He also performed in live theater throughout his career — including some "Sesame Street" stage productions — and has appeared at various conventions over the years.

"His warmth and humor invited children to share a friendship that has echoed through generations," the Sesame Workshop said in a statement Thursday night. "At the forefront of representation, Emilio proudly laid claim to the ‘record for the longest-running role for a Mexican-American in a TV series.’ We are so grateful he shared his talents with us and with the world."