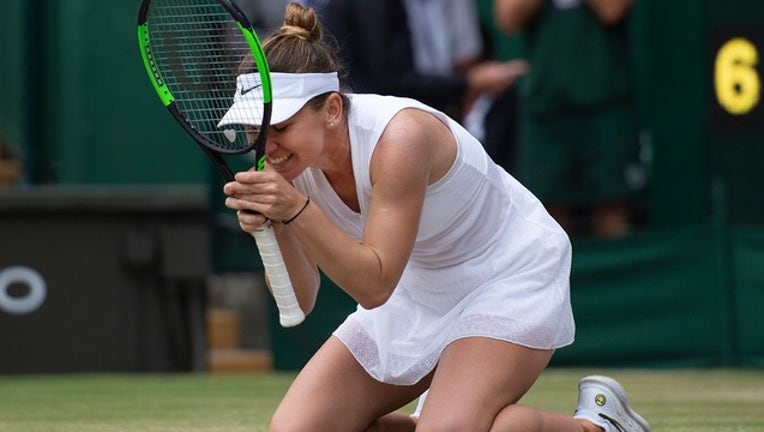 Halep, 27, won her first championship at the All England Club in just 55 minutes, beating Williams 6-2, 6-2, in what was only her second career win against the American.

For Williams, the loss was especially difficult as it kept her from a record-tying 24th Grand Slam title, a record only held by Australian Margaret Court.

The 37-year-old tennis pro has dominated the grass courts in the past. Williams is a seven-time champion at Wimbledon with her first win coming in 2002 against her own sister Venus Williams, who was the two-time defending champ at the time.

By contrast, Saturday's game was Halep's first final appearance at Wimbledon and, now, her only second Grand Slam title. She previously won the French Open in 2018.

The two players have matched up 10 times in the past, with Williams winning nine of those encounters.

But despite the odds being in her favor, Williams told reporters on Friday she only focused on the one time she lost to Halep.

"The biggest key with our matches is the loss that I had. I never forgot it. She played unbelievable," she said looking back on the 2014 match. "That makes me know that level she played at — she can get there again. So I have to be better than that."

However, the motivation for Halep was far greater as she focused more about the title than who her opponent was.

"I'm desperate to win Wimbledon more than to stop her," she said. "I will focus on myself."

Williams is facing an uphill battle - her last Grand Slam title came in 2017 at the Australian Open. She came close last year at Wimbledon but lost 6-2, 6-4 to Angelique Kerber.