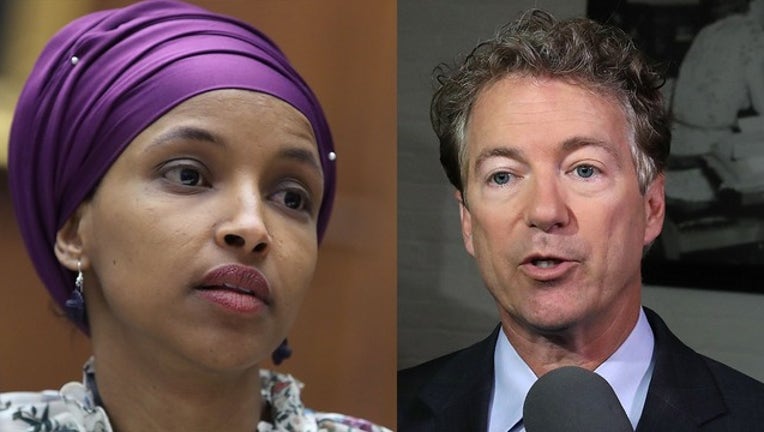 LOUISVILLE, Ky. (AP) - Republican Sen. Rand Paul says he'd help pay for a minority congresswoman to return to the country she fled as a child, saying she might better appreciate the U.S. upon her return.

The Courier Journal reports the Kentucky senator made the comment last week to Breitbart News, a conservative news outlet. It was directed at Democratic Rep. Ilhan Omar, who fled Somalia in the 1990s during a civil war.

The sentiment echoes President Donald Trump , who tweeted this month that Omar and three other minority congresswomen should return to the "broken and crime infested places" they came from. All four are U.S. citizens.

Louisiana Republican Congressman Ralph Abraham has said he'd pay for the women to leave, if only they'd tell him where they'd like to go.