WASHINGTON (AP) - The senator leading a probe of Facebook’s Instagram and its impact on young people is asking Facebook CEO Mark Zuckerberg to testify before the panel that has heard far-reaching criticisms from a former employee of the company.

Sen. Richard Blumenthal, D-Conn., who heads the Senate Commerce subcommittee on consumer protection, called in a sharply worded letter Wednesday for the Facebook founder to testify on Instagram’s effects on children.

"Parents across America are deeply disturbed by ongoing reports that Facebook knows that Instagram can cause destructive and lasting harms to many teens and children, especially to their mental health and wellbeing," Blumenthal said in the letter addressed to Zuckerberg. "Those parents, and the twenty million teens that use your app, have a right to know the truth about the safety of Instagram."

In the wake of former Facebook product manager Frances Haugen’s testimony early this month, Blumenthal told Zuckerberg, "Facebook representatives, including yourself, have doubled down on evasive answers, keeping hidden several reports on teen health, offering noncommittal and vague plans for action at an unspecified time down the road, and even turning to personal attacks on Ms. Haugen." 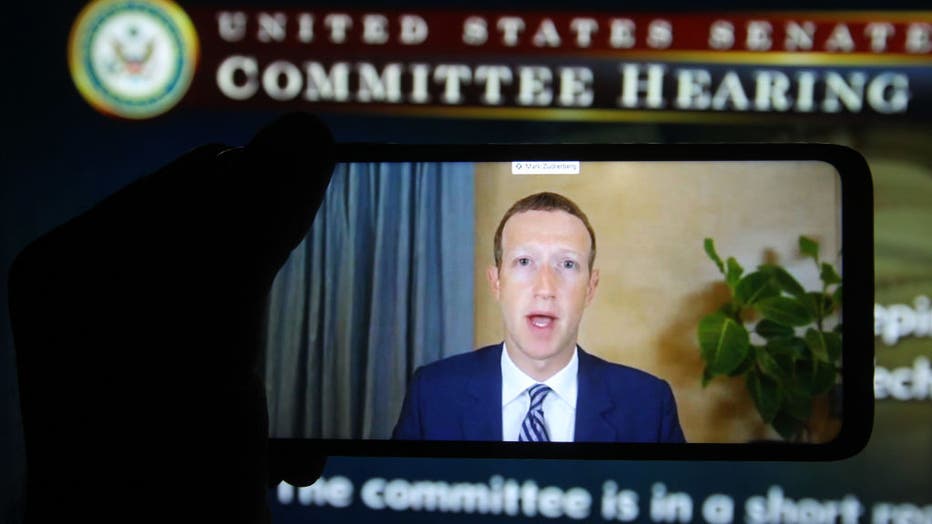 In this photo illustration, Facebook CEO Mark Zuckerberg seen on a mobile screen as he remotely testifies during the hearing of U.S. Senate Committee on Commerce, Science, and Transportation titled "Does Section 230's Sweeping Immunity Enable Big Tec

Blumenthal did offer, however, that either Zuckerberg or the head of Instagram, Adam Mosseri, could appear before his committee.

A spokesman for Facebook, based in Menlo Park, California, confirmed receipt of Blumenthal's letter but declined any comment.

As public discomfort and scrutiny of the social network giant has grown in recent weeks, the focus has homed in on Zuckerberg, who controls more than 50% of Facebook’s voting shares.

Haugen, who buttressed her statements with tens of thousands of pages of internal research documents she secretly copied before leaving her job in the company’s civic integrity unit, accused Facebook of prioritizing profit over safety and being dishonest in its public fight against hate and misinformation.

"In the end, the buck stops with Mark," Haugen said in her testimony. "There is no one currently holding Mark accountable but himself."

On Tuesday, the attorney general of the District of Columbia added Zuckerberg as a defendant in a 2018 lawsuit he filed against Facebook on the privacy of users' personal data. The action by Attorney General Karl Racine seeks to hold Zuckerberg personally liable in addition to Facebook in the case involving data-mining firm Cambridge Analytica, which gathered details on as many as 87 million Facebook users without their permission.